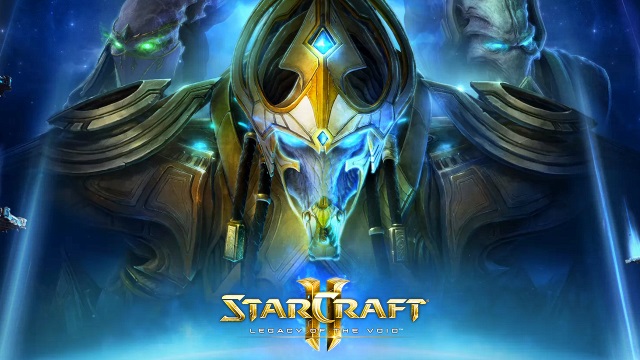 Starcraft 2 Legacy of the Void is the latest game in a series that has been running for more than 15 years now if we were to also include the original title and its expansion, Brood War. If we’re talking strictly about Starcraft 2, however, this will be the final chapter of the trilogy and it’s specifically focused on the Protoss. Much like Wings of Liberty and Heart of the Swarm before it, Legacy of the Void will also follow the story of one of the main races as it prepares for the return of the Xel’Naga. Unfortunately, Blizzard hasn’t revealed the release date for the game just yet, but it seems like we should be able to play it sometimes by the end of this year.

As per usual, you can expect Starcraft 2: Legacy of the Void to cost around $60 at launch and then somewhat cheaper after a few months. On the other hand, if you want to get the game for cheap right off the bat you can do so from CDKeys. The retailer already has a great deal that’s pretty hard not to get excited about because it is offering Legacy of the Void for just a little over $30 ($31.49). A possible disadvantage is that CDKeys only sells digital game keys so if you’re looking for a physical copy then the Battle.net shop will be your best bet once LotV is made available. However, if you don’t care too much about the format and just want to get the game for less, this deal is definitely worth taking into consideration.

It needs to be pointed out that pre-ordering Starcraft 2 Legacy of the Void from this retailer or any other will not give you access to the beta testing phase. According to Blizzard, there are no actual beta keys for the game and the only way to gain access is for your Battle.net account to get flagged by the developers themselves.

Also on CDKeys you can find great deals for The Witcher 3, Fallout 4, Star Wars Battlefront, Batman Arkham Knight and many more so make sure to check them out if you’re looking to get some AAA games for cheap.