Legacy of the Void opening cinematic 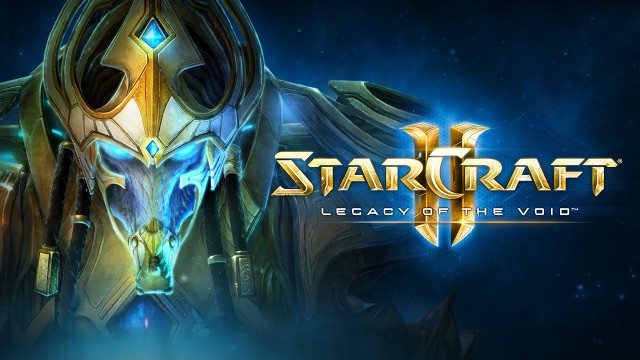 Legacy of the Void opening cinematic

Are you ready for Legacy of the Void? You won’t have to wait long. After a couple of amazing games leading to the WCS finals, the Legacy of the Void opening cinematic for the Protoss campaign was finally revealed, along with the launch date. As a mind-blowing coincidence, the WCS finals were also between two Protoss players, home-crowd favorite Polish player, MaNa, and Lilbow, from France.

Keep in mind StarCraft 2: Wings of Liberty launched summer 2010 and the Heart of the Swarm expansion came in spring 2013. So it’s been over 5 years now since the series started and we are now looking forward to its story’s epic conclusion. With Legacy of the Void, we will get to see the Protoss Golden Armada led by Hierarch Artanis trying to reclaim their home world of Aiur and face the dreaded Hybrid. The story is absolutely crazy, there has been mixed criticism from some of the fans, but overall, StarCraft 2 is THE absolute torchbearer to StarCraft: BroodWar, in terms of both single player and multiplayer. Now, without further ado, here is the epic cinematic and the launch date for your enjoyment.

What do you think? You’re quite lucky to see it as it is, since during the online reveal, the stream first went offline, then we were teased with other short videos and stories, and with the previous game cinematics, before finally seeing the Legacy of the Void opening cinematic. This created quite an uproar among the 84.000 people watching the stream which were being hyped beyond reason.

Legacy of the Void will also bring 6 new units for the multiplayer game, 2 for each race; the Disruptor and Adept for Protoss, the Cyclone and Liberator for Terran, and the Ravager and Lurker for Zerg, to improve on the already existing game-play mechanics and filling in new niches, which were unavailable before to the three warring races. Besides this, there will be new additions to multiplayer in terms of new modes of play, with automated tournaments and two different cooperative modes. With the single player campaign, the developers promise more story-telling cutscenes and explosive missions with new gameplay elements and it’s all coming November 10!