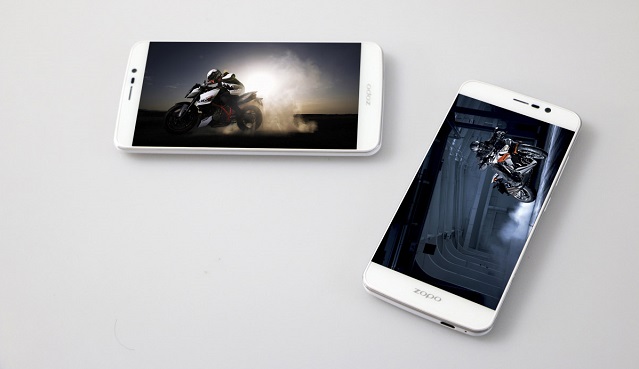 I hope you’re in the market for some powerful and affordable smartphones because that’s exactly what we’ll be looking at today. We’ve covered cheap high-end phones before on many occasions, but the Zopo Speed 7 definitely looks to be one of the best out there when it comes to great bang for the buck value. The Zopo Speed 7 and its bigger brother Zopo Speed 7 will both launch very soon at numerous retailers for the price of $200 and $230, respectively. However, if you like either of these smartphones and want to get them a bit cheaper we know of two places that can sell them to you at a nice discount.

Our friends over at GearBest and EverBuying are taking pre-orders starting today, August 3rd and they’re lowering the price for both devices by 40 bucks. Specifically, the prices at these two stores are currently $160 for the Zopo Speed 7 and $190 for the Zopo Speed 7 Plus. It’s worth mentioning that you will have to use a coupon code in order to benefit from the discount, but luckily the codes are listed right there on the websites. If you want to purchase from EverBuying then make sure to use the coupon code ZOPO11 or if GearBest is more to your liking then you’ll want to use the coupon code ZOPOGB instead. The two offers are virtually identical so it will be up to you to choose the store you like best.

With that out of the way, let’s take a closer look at the Zopo Speed 7 and see what it has to offer, shall we? As you may have gathered already, this device comes in two variants, one featuring a 5-inch display and a smaller price tag while the other comes with a 5.5-inch display and a bigger battery, but is also a bit more expensive. Both the Zopo Speed 7 and the Speed 7 Plus offer a 64-bit MTK6753 octa-core processor clocked at 1.5 GHz, 3 GB of RAM, 16 GB of expandable storage (up to 64 GB), a 13.2 MP primary camera on the back and a 5 MP secondary shooter on the front. As for the battery, the Zopo Speed 7 sports a 2,500 mAh pack while the bigger Speed 7 Plus comes with a 3,000 mAh unit.

Hardware aside, when it comes to the software both devices come equipped with the latest Android 5.1 Lollipop with the Z UI on top straight out of the box. As for some of the most interesting features, potential Zopo Speed 7 owners can expect to enjoy 4G network connectivity, smart gestures, gravity sensor, virtual home button, face beauty mode, dual-SIM support, and many more. At $160 and $190 the Zopo Speed 7 and Speed 7 Plus are quite a steal and the retailers are even throwing in free worldwide shipping for that price.

The devices may not have a major brand name behind them, but as far as the hardware is concerned I think we can all agree that it’s up to par with what we can find on a lot of the most popular flagship smartphones out there. Besides, the Zopo Speed 7 has apparently been endorsed by two-time Moto GP World Champion Jorge Lorenzo so it has to be just as good as it sounds on paper, right?