Final Fantasy VII Remake IS Happening and What It Means 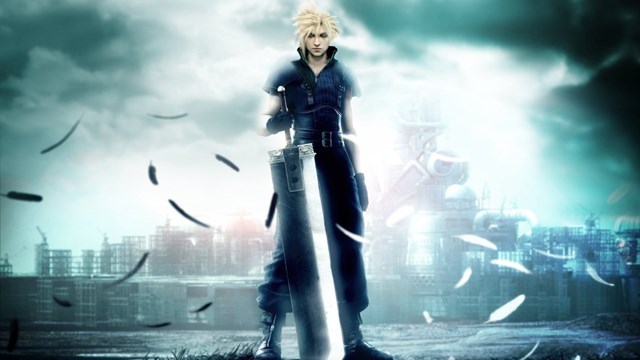 Final Fantasy VII Remake IS Happening and What It Means

Since the dawn of existence itself, there has been a constant. People have been born, people have died, empires have risen and fallen, entire species have been wiped out, technology has evolved to the point where we can break beyond the boundaries of our tiny world and, someday, we may touch the face of God. Yet, there has been one seemingly unanswerable question: when the bloody hell are Square Enix going to remake Final Fantasy VII?

Okay, maybe the question hasn’t been around for that long but as videogame consoles have become more powerful, capable of creating breathtaking worlds with the latest graphics, a great number of people have wanted to see FF VII be remade for these new systems. And believe it or not, Square Enix has heard your prayers and have delivered.

For the uninitiated, Final Fantasy VII is very much considered by many to be the greatest videogame of all time. Released in 1997 for the PlayStation One (which at the time was simply called ‘the PlayStation’), it was the franchise’s first step into a 3D world. The world suddenly seemed bigger, the monsters more ferocious and the characters more alive. Much like how Super Mario 64 blew the minds of Nintendo fans, this had a similar effect on the Final Fantasy crowd, arguably on an even larger scale.

I cannot tell you why or how Final Fantasy VII became so popular; it just did. Anyone who has played the game could easily tell you in full length why they love it, be it its cast, its world, its battle system, its story, its music – most likely, it was because it was a first. Nowadays, so called ‘epic’ and ‘cinematic’ adventures are almost common-place; not so much for the 90s.

The game’s popularity has resonated throughout the franchise’s history. Though the original PlayStation got two more FF titles (VIII and IX), neither of them achieved the same level as VII. Its characters are almost universally known with leading man Cloud Strife sort of being the poster boy for the series. It got three spin-offs and even it’s own movie that takes place after the game. A few of its cast have appeared in the Kingdom Hearts series, with antagonist Sephiroth being a stupidly difficult optional boss for KH I and II, complete with his own theme music. And even FF XIII protagonist Lightning was designed to essentially be Cloud but with ovaries.

The original game is available to download on the PlayStation Network and on Steam. In December 2014, it was confirmed to be released on the PS4 with upscaled graphics – the audience’s response to that was so cold, Square Enix’s offices were filled with snow for three months. In case you couldn’t tell by this point, people like this game so a fully fledged remake makes sense – it’s an instant money maker (in fact, Square Enix’s stocks shot up after the announcement).

The FF VII die-hards that probably own every version of the thing will no doubt be very happy with the final product (which is so far only confirmed for a PS4 release but may appear on Xbox One and PC). Not only will it be a chance to relive one of their most cherished gaming memories, they’ll be experiencing it in a slightly different way. The characters won’t just be a bunch of polygons, there’ll be voices (most likely), the scenery will be incredibly detailed, famous scenes may have slight alterations – the same applies for everything else. How much will be changed and how much will be kept the same? Will there be new stuff added? Who knows, but it means the ensuing adventure will be safe and familiar but also new and exciting.

But what does this mean for people like myself who didn’t grow up with the original title; the people that haven’t had the chance or desire to even touch the game. In some weird way, this might just be the incentive we need to actually give it a shot. Purists will probably say that we should play the original first so that we know what’s changed but why should we? It might not have the same effect in 2015 as it did in 1997. At the time, that game was modern, just like how the remake will be modern to us gamers of today. It won’t be the exact same experience but create the same senses and feelings.

Imagine if you had never played FF VII, or if FF VII wasn’t released in 1997 but in 2016 instead (just so you know, a release date for the remake hasn’t been confirmed). That opening bombing mission, escaping Midgar by motorcycle, entering the Golden Saucer for the first time; chances are you’d feel exactly how you felt when you did play FF VII on the PS One. Some players nowadays might be put off by the low-res polygons of the original game; something I don’t necessarily agree with since graphics don’t make a game, but some are fickle like that. The remake creates the illusion that it’s brand new; it’s not just a copy-and-paste job.

Whatever the reason may be, whether you are a long-standing fan or a complete newbie, this remake is worth getting excited for. We may not be able to play it for a good few years but the wait will be worth it. And when I step into its world for the first time ever, I hope to be joined by new adventurers just like me and hardened heroes who have returned to visit an old friend.