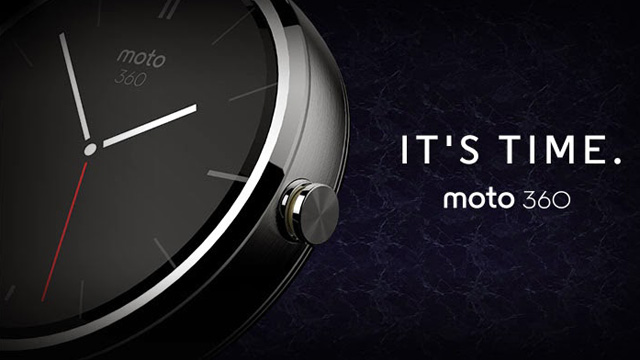 Back in June, Google held their annual I/O developer’s conference where they spoke about everything related to Android. This included both the upcoming Android L operating system for mobile devices as well as the Android Wear OS for wearables. But the tech giant wasn’t content with just talking about wearable devices, they also wanted to grant conference participants the opportunity of testing them so they offered each of them a present in the form of a smartwatch. Developers and press members who were fortunate enough to attend the I/O had the opportunity of choosing between an LG G Watch, Samsung Gear Live, and Motorola Moto 360.

Those who opted for the G Watch or Gear Live received their gift immediately as both smartwatches were already in production at the time. The Moto 360 was not ready yet however, but Google promised to ship them as soon as they enter mass production. It seems that time is almost here as the company just sent out emails asking I/O participants for their shipping addresses. The mail doesn’t specify when they should expect to receive their Moto 360, but we assume Google will be sending out the smartwatches early next month. This assumption is based on the fact that Motorola recently sent invites for an event scheduled to take place on September 4. These invites suggest that the device will be launched at the event which means that  I/O participants should receive their present shortly after.

Aside from the Moto 360 smartwatch, Motorola is also expected to announce their next flagship smartphone at the September 4 event. This device is said to go by the name of Moto X+1 and will be the successor to the well received Moto X. The phone will look very similar to its predecessor, but is expected to arrive with various improvements including a larger display and better specs.