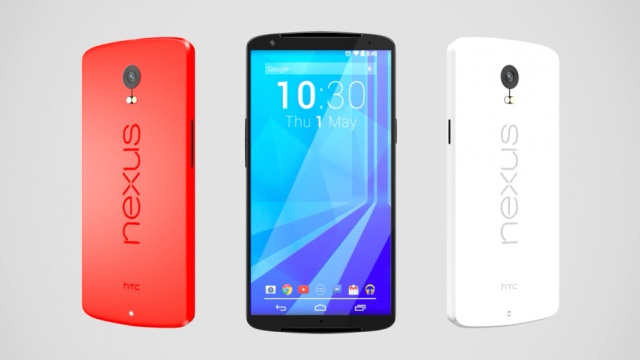 News regarding the Nexus 6 has been coming in at a steady rate lately and today we managed to learn some very interesting new details about the phone. Similar to its predecessors, this new Nexus device is also being co-developed by Google and another big manufacturer. This time around the tech giant chose Motorola and the two companies are working on the largest smartphone in the series yet. Code-named Shamu, the Nexus 6 is said to feature a 5.92-inch display so it’s closer to a tablet than a regular smartphone. A recent report confirms that this will in fact be its actual size while also adding that the design is very similar to that of the recently released Moto X (2014).

The humongous screen will feature a QHD resolution of 1,440 x 2560 pixels, which amounts to a grand total of 498 pixels per inch. The report also suggests that the Nexus 6 will come equipped with a Qualcomm Snapdragon 805 processor, 3 GB of RAM, and a pretty massive 3,200 mAh battery. As for the cameras, we will be looking at a 13MP primary shooter along with a 2 MP snapper on the front. Storage options have not been completely revealed as of yet and so far we only know that the Nexus 6 will feature a 32GB model. More options are likely to be available, but we’ll have to wait until Google officially unveils the device to be certain.

Reports indicate that the device will be announced sometime during mid-October, with a launch scheduled for early November. Interestingly enough, another Nexus device is also said to be announced and launched around those times, namely the HTC Nexus 9. Google is said to host a special event on October 16th and it’s here where the Nexus 6 and Nexus 9 are believed to make their first official appearance. Also at this event, Google is expected to finally launch Android L and the two new Nexus devices will be the first to run on the latest version of the operating system.

Zach RileyJanuary 27, 2023
Read More
Scroll for more
Tap
The Blackberry Passport launches in the US for the price of $600
New LG smartwatch coming to Verizon