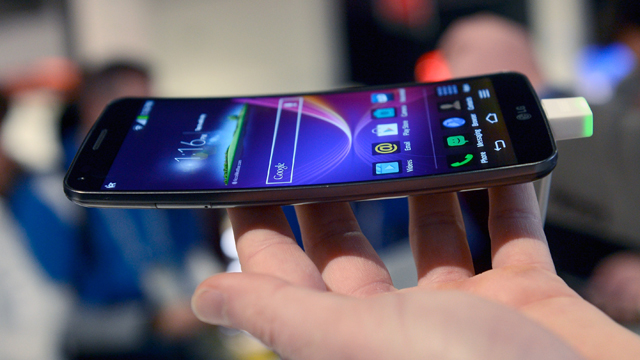 The LG G Flex 2 was one of the most interesting handsets presented at this year’s edition of the Consumer Electronics Show. In fact, a lot of people are calling it the first successful curved smartphone ever produced. LG made the right choice when they decided to unveil the device at CES 2015, although it’s a shame that a specific release date was not announced at the event. That said, it appears that customers are now able to pre-order the LG G Flex 2 in certain parts of the world. Amazon Germany has already listed the handset as available to pre-order for the price of €599. The website isn’t listing a shipping date and the exact variant of the smartphone isn’t mentioned either.

LG announced that the G Flex 2 will come in two variants and that each of them will have a different amount of storage memory and RAM. Specifically, one version of the LG G Flex 2 will come equipped with 16 GB of storage and 2 GB of RAM while the other will feature 32 GB of storage and 3 GB of RAM. Even though it doesn’t specify, Amazon Germany is probably listing the former version given that the latter is expected to be a bit more expensive than €599. By comparison, the original LG G Flex launched with a price tag of no less than €850, so its successor will be quite a bit cheaper all things considered.

As for US price and availability, there is no solid information to go on at this time, but we expect the price to sit somewhere at around $600 for the 16 GB storage/ 2 GB RAM variant. OEM’s usually launch devices with a similar price for Europe and the US despite the fact that 1 dollar is not equal to 1 euro. We’ll just have to wait and see if this will be the case here as well. The official launch date for the LG G Flex 2 remains “early 2015” at the moment.