The Vaio phone is overpriced and under-specced 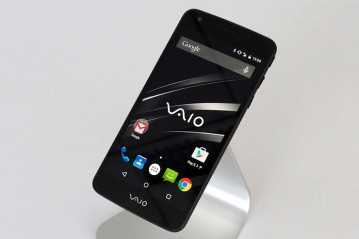 The Vaio phone is overpriced and under-specced

Sony‘s rogue Vaio branch which has become its own boss decided that it would venture into the smartphone domain with the very inconspicuous Vaio phone. There’s not other name for it, like the F3 or Vaio Steel, it’s just the Vaio phone. Vaio is Sony’s former branch responsible for the rather expensive, but high-quality, premium build Sony Vaio notebooks. Although the new company has been mum about their new products in the past few months, it seems the Vaio phone is their next big venture. But it seems the company hasn’t quite got the hang of marketing a smartphone to the masses, seeing as the Vaio phone is a lot less than what Vaio fans would have expected from the company.

The Vaio phone is but a mid-range smartphone, which doesn’t stand out from the crowd at all. Although Vaio laptops were pretty appreciated for their premium builds, that design language hasn’t been ported to the Vaio phone whatsoever. Actually, when it comes to the design of the smartphone, it can’t be called anything but generic. Although mid-range smartphones usually don’t get flattering designs, because there’s a budget element that seems more important to the manufacturer, Vaio didn’t put much effort into making the phone desirable, appealing or at least a niche-device. 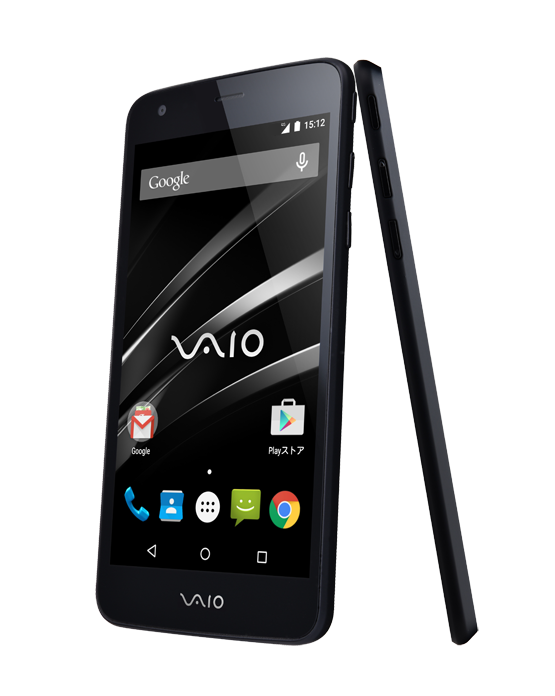 As with any run of the mill mid-range smartphone, the Vaio phone aims to provide a go-to, daily driver for the not-so tech savvy individuals who just need a smartphone to cover their social media needs, a bit of gaming and a lot of organizing stuff. Before getting into the specs of the Vaio phone, notable is that the company is launching it with a rather small carrier in Japan on March 20, b-mobile. Although a small carrier, the partnership enables the Vaio phone to be as bloat-ware free as possible, which can be considered a plus for the mid-ranger. Another plus that is worth mentioning is that the phone will run on Android 5.0 Lollipop out of the box and will be updated to subsequent Android 5.1 in due time.

As for specs, the Vaio phone is just as bland as it is in design. It gets a 5 inch display with a 1280*720 resolution, which is not exactly flagship resolution, but it is a tad above what other companies are selling with their mid-range phones. A non-descript 1.2 GHz processor is supposedly running the show, backed by 2 GB RAM under the hood. A 13 MP camera adorns the back of the phone, which should be a decent sensor with good video recording capabilities and nice low-light shooting abilities.  Not guaranteed by the company, though. There’s also a 5 MP camera on the front of the device, for the occasional selfie.The whole shabang gets its juice from a beefy 2500 mAh battery, which might just help in the long run.

Although the Vaio phone is as generic as you get, the Japanese company decided that it would merit a premium price tag, similar to the one on the metal-clad, discontinued, Samsung Galaxy Alpha. According to the release notes from the company, the Vaio phone price is set at the equivalent of $420, which is not only a high price to ask for a mid-range smartphone, it’s an even higher price to ask for something that looks just like the Panasonic Eluga U2, launched in Japan last month for half of that price. Even if Vaio has a certain demographic in mind with this smartphone, it hardly presents any interest towards power-users or premium build fans. In my humble opinion, the Vaoi phone will end up a flop, even if it gets a near-stock Android interface that users will most likely enjoy.