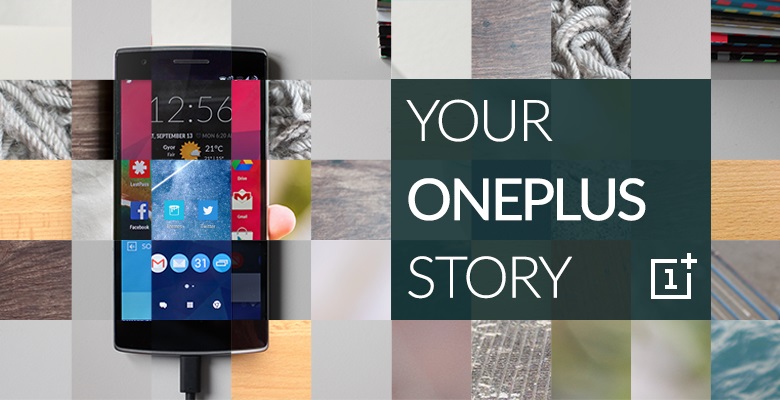 A campaign to hype up the OnePlus 2 before its official release is apparently well underway and it goes by the name of “your OnePlus story.” As part of this campaign, you can win an all-expenses-trip to Hong Kong and the honor of meeting the smartphone’s developers right there at their headquarters. That’s not all though because the actual grand prize consists of early access to the OnePlus 2 itself and while in Hong Kong, the devs will also give the winners a chance to “play a pivotal role in a secret project we have planned for the OnePlus 2 launch.” Seeing as how the company hasn’t even talked about the launch details until now, the winners of this competition will likely be among the first people to find out what this secret project actually consists off.

The rules of the competition are pretty simple and straightforward. If you want to participate all you have to do is record a video of yourself while you’re talking about the company and its first handset, the OnePlus One. Needless to say, the devs are very interested in hearing “your OnePlus story”, which is why they named the competition like that in the first place. In addition, the company also wants to hear your thoughts in regards to the OnePlus 2, or rather, what are your wishes and expectations from the upcoming smartphone. Although the rules don’t specify that participants have to own a OnePlus One and use it to record the video, one can only imagine that doing so might increase their chances at winning a OnePlus 2.

Aside from two lucky winners who will get to travel to Hong Kong and meet the creators of 2014’s “flagship killer” eight other people will also receive OnePlus gift bags, the contents of which have not been revealed yet. One bad news about all of this is that the deadline for this competition is June 15th, so you have less than a week to record the video and enter the competition for a chance to win an early look at the OnePlus 2. You can go here if you want to check out all the rules of the competition while the registration form can be found right here.

If filming yourself isn’t exactly your cup of tea, you might want to check out the Photo Mania 2015 competition instead. This contest can also win you a free trip to Hong Kong and an early look at the OnePlus 2, however, make sure that you’re pretty skilful when it comes to snapping pretty pictures as that’s the main requirement here.