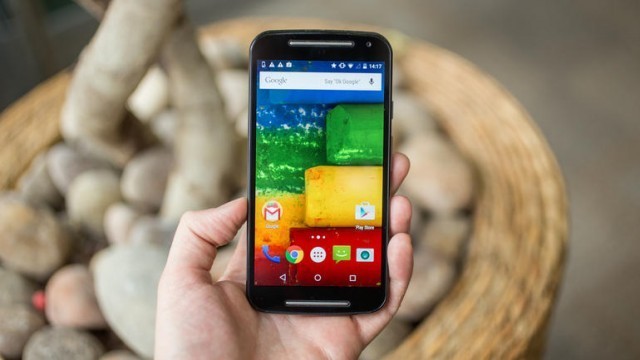 The folks over at Motorola are well known for developing some very cheap and very powerful smartphones. The company’s bang for the buck legacy will continue later this month with the release of the Moto G 2015, a mid-range device that’s expected to be a worthy follow-up to last year’s Motorola Moto G. Seeing as how this will once again be a mid-range phone the specs are pretty much what you’d expect, however, that doesn’t mean that you shouldn’t wish for something a bit more interesting as well. Specifically, the latest in a long series of leaked photos reveals that the Moto G 2015 will feature IPx7 certification.

IPx7 is a type of certification used to describe devices that are highly resistant to water. If the leaked picture turns out to be legit (which it probably is), then the Moto G 2015 can be literally submerged underwater at a depth of up to 1 meter for as much as 30 minutes without any problems. Granted, it’s hard to think of this as a main selling point for the device, but any extra features are definitely welcome. What’s more, the Moto G 2015 is expected to cost only about $200 at the most. Can you name more than a handful of cheap smartphones with IPx7 rating? I thought so.

As for the specs, we should be looking at a 5-inch display with 720p resolution and a quad-core Qualcomm Snapdragon 410 processor @ 1.4 GHz under the hood. The Moto G 2015 will reportedly also come equipped with 2 GB of RAM, a 2,470 mAh battery, 13 MP camera on the back, 5 MP secondary shooter on the front, as well as 16GB and 32GB storage options. The Moto G 2015 is very likely to be officially unveiled on July 28th at an event hosted by Motorola where the Moto X 2015 is also expected to make an appearance. The aforementioned leaked image showing the IPx7 certification can be viewed below, courtesy of Mobile Syrup. 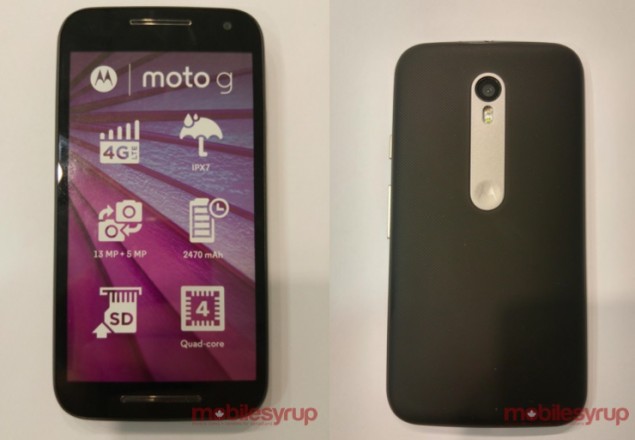