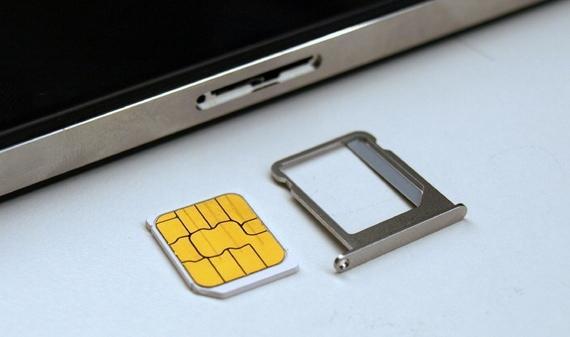 The iPhone 7 is not even a sure thing, neither is the iPhone 6S, as Apple has not confirmed anything about the existence of either of these devices. Nonetheless, the Financial Times and Forbes are reporting that the iPhone 7 will be the first of its kind, and not just because of a purported joystick, but because of a revolutionary implementation of technology. According to the abovementioned news outlets, Apple and Samsung are both in the melting pot alongside various international and national carriers, including AT&T and Vodafone, who will be pioneering the new eSIM technology.

eSIM will be an electronic SIM which won’t need a physical card to back it up. That opens up a lot of opportunities for smartphone manufacturers, carriers as well as consumers, if we think about it. Having no SIM card smartphones would mean that unlocking and jailbreaking iPhone 7 and Samsung units of the future will be obsolete. Moreover, switching between carriers will be much easier, although the carrier in question will most likely reap most benefits from this move.

Although unconfirmed by Apple, the iPhone 7 will be the first smartphone to feature such an eSIM and will become the pioneer of an entirely new era of smartphones: without SIM card slots. Apple has not been fond of slots until now, but with the eSIM move, the iPhone 7 might as well abandon all ports and switch to wireless charging and come with Bluetooth earpieces instead of the rudimentary stressmachine cabled headphones.

Both the Financial Times and Forbes are reliable sources, so we are definitely expecting the new iPhone 7 to include the new eSIM standard in its build. When it comes to Samsung, the Galaxy Note 5 will most likely be the first in the Android world to have no SIM slot whatsoever. 3G and LTE will be much more accessible to those switching carriers or numbers, and the possibilities involving sealed chassis for more devices will definitely increase, even though smartphone enthusiasts prefer removable back panels and removable batteries. Since that’s not the case with Apple fans, the iPhone 7 should do just fine with the new standard as well.

The problem with this theory is that an agreement between the carriers and manufacturers involved in the eSIM project has not been reached yet. Although if the iPhone 7 release date gets set for 2016 and the iPhone 6S release date for October 2015, it’s possible to see the new iPhone being the first to implement the technology. As for the Galaxy Note 5, which has already started its manufacturing cycle according to rumors, it’s unlikely that we will experience the first SIMless device in its form.

Nonetheless, the initiative is being praised by the industry as a greener, and more versatile technology that would work in the benefit of every party involved, including the user. When the deal is finalized, we will keep you guys updated on who’s in it, aside from the companies mentioned, and how policies of carriers will be affected by the change. Until then, we’re going to have to wait for the iPhone 7 to really see it happen.