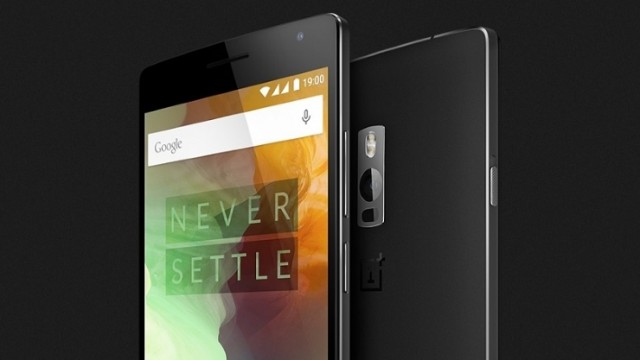 So we hear you’re interested in the OnePlus Two but find it a bit hard to get your hands on one right now. Whether it’s due to financial reasons or the dreaded invite system, it matters not because we know of a way by which you can acquire one of these highly anticipated smartphones without spending any money on it. Our friends over at Gearbest are currently hosting a very interesting activity that allows you to win a OnePlus Two by simply smashing some golden eggs. Sounds strange, I know, but it’s definitely worth a shot.

In order to participate in this activity, you must first create a free account on Gearbest and then you’re basically ready go. Each registered user gets three hammers that can be used to smash golden eggs for a chance to win a OnePlus Two smartphone. In addition, the eggs can also grant you 10, 20, 100, or even 1000 free Gearbest points, which can be used as a means of getting nice discounts when you buy gadgets from the retailer. For every 50 GB points you can a $1 discount on your next purchase so if you manage to win the 1000 GB by smashing golden eggs you’ll have $50 worth of credit in your account, which will surely come in handy at a later time. While any number of users can win 10, 20 or 100 GB points, the 1000 points are limited to just 20 units. As for the OnePlus Two smartphone, only one unit will be up for grabs and you have until August 31st to try and win it.

To make things a little more interesting, Gearbest is offering the 4GB model with Qualcomm Snapdragon 810 octa-core processor and 3,300 mAh battery. Generally priced at about $450, the 4 GB OnePlus Two also comes equipped with a 5.5-inch display with 1920 x 1080 pixel resolution, a 13 MP primary camera on the back, a 5MP selfie snapper on the front, and 64 GB of internal storage memory. The OnePlus Two runs on Android 5.1 Lollipop with Oxygen UI on top and sports the latest Corning Gorilla Glass 4 screen protection. It goes without saying that the OnePlus Two is very much worth buying if you can afford it, but if you can’t, I definitely suggest you try to win it from Gearbest. Admittedly, the chances aren’t all that big, but you have nothing to lose, so why not try?