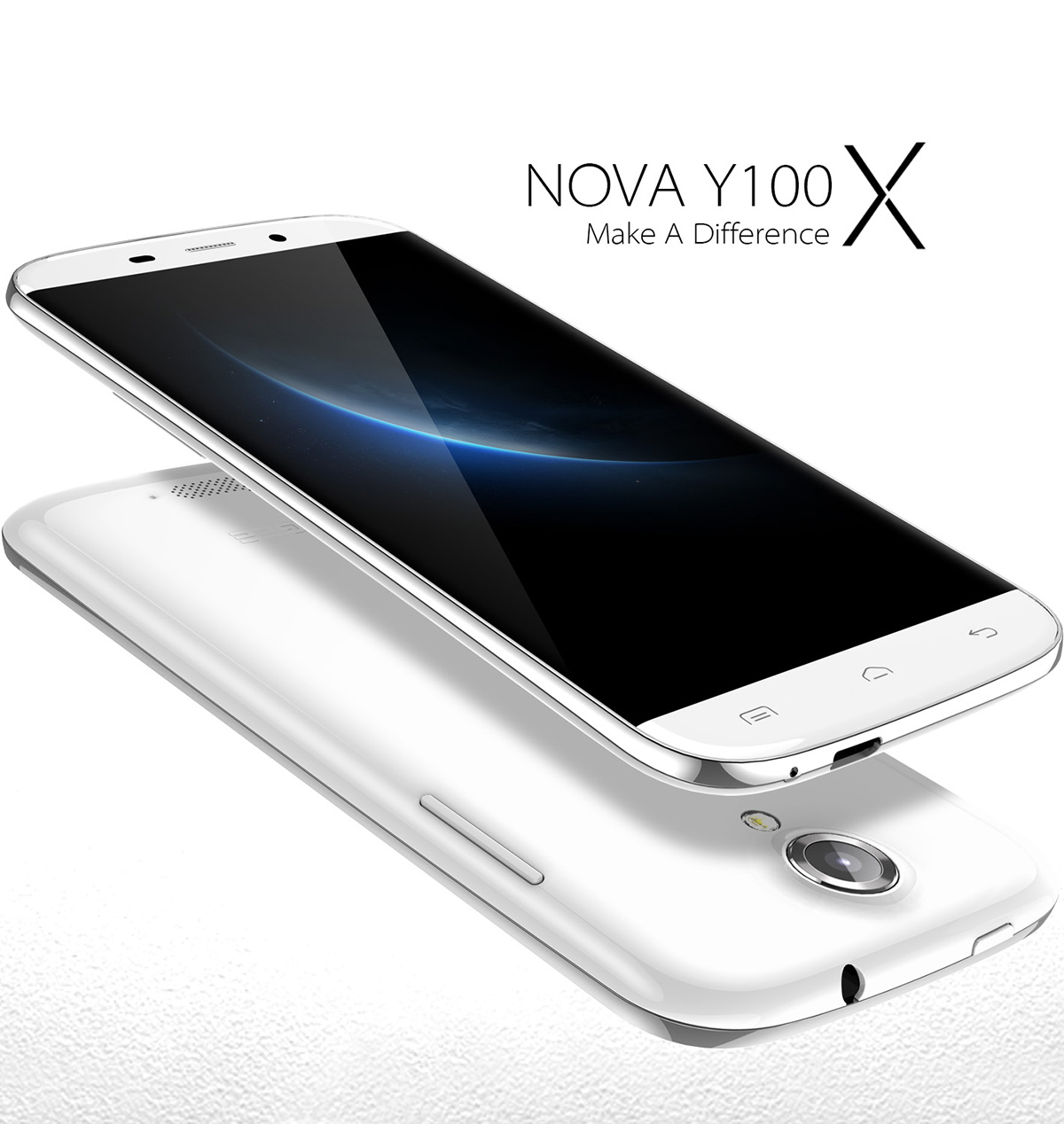 The Doogee Nova Y100X is a smartphone you probably haven’t heard about, but should have, especially if you’re in the market for a budget-friendly smartphone. This handset is one of the most pleasing options in its category, I’ll say that right out, so that you’ll feel compelled to at least consider this proposition. Although the Doogee Nova Y100X is an entry-level smartphone compared to other devices in its price range, it leaves the user with a surprisingly pleasant experience after just one day of being a daily driver, and that’s something admirable about the device, in my opinion. 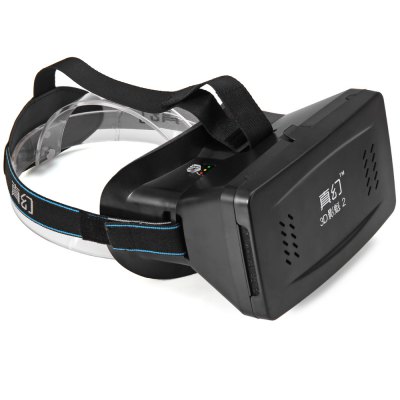 These are free with the Doogee Nova Y100X

The Doogee Nova Y100X excels at design, and not because it employs premium materials or high-end glass (it doesn’t), but because it’s incredibly ergonomic. Some might not agree with me on this one, but I honestly found the  Doogee Nova Y100X design to be rather unique and comfortable for my usage patterns. The handset uses a unique button placement that I haven’t seen for a while, and while some might find it uncomfortable, I find it quite pleasant to work with. The volume buttons are on the left side of the phone, but they’re half on the side, half on the back of the phone, and the same goes for the power button, which sits on the opposite side of the phone. 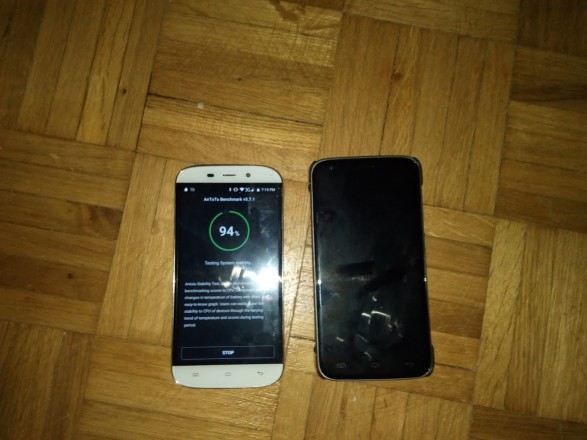 Although some said the crooked button placement is not fit for them, considering the very small footprint of this phone, I would say Doogee couldn’t have done a better job. But beauty lies in the eye of the beholder, so you guys are going to have to tell me what you think about this design element. Do you think it would be uncomfortable as many have said to me, or do you think it’s going to make usage easier? Sound off in the comments below, as I’m conflicted about the matter.

Although the  Doogee Nova Y100X design revolves around plastic and a metal frame, the phone feels quite nice. The shiny, glossy finish isn’t my favorite element, because it’s a bit slippery. Still, it doesn’t attract fingerprints as much as other similar gadgets do, which is ok I guess. The very slim and light body of the phone leaves users with a pleasant feeling in their hands. The handset itself is rather small, so those with big hands might fumble around with it too much. But those with smaller hands like myself will find using the device very comfortable.

Although phablets are quite trendy nowadays, there still is a significant number of people that are more fond of the smaller footprint of 5- and 4.7-inch smartphones. The  Doogee Nova Y100X comes with a 5-inch IPS+OGS display with a 1280*720 resolution. Although resolution is not that great, the viewing experience is spotless. The screen is bright and crispy, and you won’t notice any rough pixelation too often. The display handles a lot of viewing angles rather well, but it’s not the best when it comes to direct sunlight, as colors tend to wash out when brightness is at maximum level. Otherwise, the viewing experience was quite nice on this one. 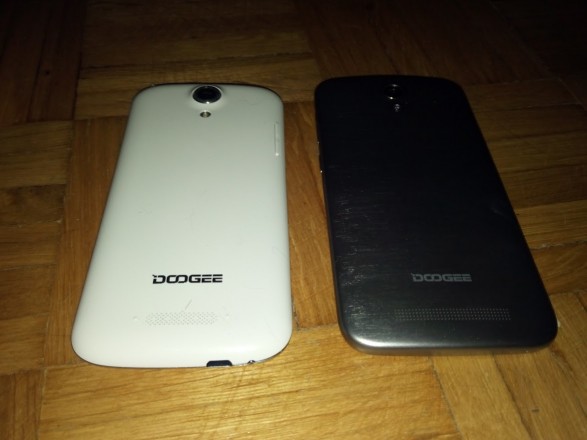 Videos and games worked fine and the 5-point touchscreen was good enough to not impact the user experience as it did with other Doogee devices. Compared to the Doogee Valencia 2 Y100 Pro, the  Doogee Nova Y100X display left me with a much better impression in the long run. Gesture sensitivity was just great and the phone didn’t activate itself on random touches while in my pocket or purse, which is a plus for the budget-friendly smartphone. Otherwise, there wasn’t anything special about the display, so you might want to consider it a standard feature on mid-rangers, definitely a bit ahead of phones in its price range.

The  Doogee Nova Y100X is a low-end smartphone, so I didn’t expect much in terms of performance from it. While it didn’t blow my mind, it did surprise me after a few days of use as it was still going strong. The hardware of the handset includes a quad-core MTK6582 CPU, backed by a Mali-400 MP GPU, 1 GB RAM and 8 GB expandable internal storage.

Benchmark results of the  Doogee Nova Y100X were not very impressive, as it ranked on the bottom of the scale in most tests. But the phone actually proved that benchmarks mean very little when it comes to real life use. The handset handled all my apps and games that I usually use without a problem. I tried more intensive games like Family Guy, The Simpsons, Despicable Me and others, and the phone didn’t even overheat or stutter once, which is admirable. Real-time apps like Twitter, Google Analytics, Unibet and others also worked just fine, even though the  Doogee Nova Y100X only comes with 3G. I didn’t really miss 4G connectivity, but my usage doesn’t involve data usage as much as it does Wi-Fi and hotspot usage.

Performance was impressive and although Android 5.0 Lollipop has Doogee’s own skin on top, animations and transitions were buttery smooth. The dual SIM card slots also added to the overall benefit list of the  Doogee Nova Y100X in my book, as I do sometimes use different SIM cards for data usage. MicroSD storage was an added benefit yet again, and the phone handled it well, without any extra lagging going on, which I appreciated. Since it’s a low-end phone, expectations shouldn’t be high of what the  Doogee Nova Y100X can do, but I doubt anyone who knows what a low-end phone entails would be disappointed in this phone.

This is where Doogee compromised a bit, as the  Doogee Nova Y100X comes with slightly inferior cameras. On the rear, it comes with a 8 MP camera with flashlight and autofocus. On the front, it comes with a 5 MP camera WITH FLASH. That means that even though the rear camera is not as good as it could have been, the front camera is a gem in its game, as there are very few smartphones out there that include a LED flash on the front of the device. This small improvement to the overall design and feature list of the  Doogee Nova Y100X adds a lot of benefits to those who like their selfie game to be on fleek.

The front flash is of course a bit inferior to the rear one, but it does produce enough light to make nighttime selfies truly possible. The photos that you take with this camera won’t be jewels of your portfolio, but they will be clear and bright enough to make for great Instagram shots. The rear camera isn’t as flashy, but it does handle low-light well. Its performance is brightly lid places is rather good and it actually takes good shots. The inclusion of a lot of modes and manual controls make the user experience in the camera app pretty neat and I enjoyed it. Although a bit gimmicky, the camera setup is good for the price and can be considered a plus for the  Doogee Nova Y100X. 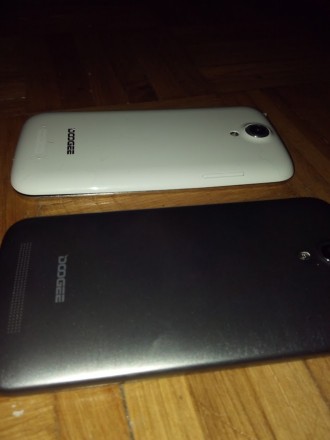 The  Doogee Nova Y100X comes with a removable 2200 mAh battery, which doesn’t sound like much. In real life use, the battery life for this device was pretty admirable, as it went through two days of use without a problem. Include a 10 hours sleeping and drinking break in that time period, and you’ll get about 8 hours of screen on time, which is very impressive for a low-end smartphone. According to my estimations and calculations, the  Doogee Nova Y100X can last for up to two days with medium use and even three days with light use. Since it was designed for lighter use, I would say battery life is more than decent.

Overall, the  Doogee Nova Y100X is clearly a budget smartphone, but it does what it has to do as it should be doing it. The user experience won’t be out of the ordinary for anyone, but it will be pleasant. If you like the slightly different button placement, like I did, this phone could be a great match for you. Keeping in mind that it’s a low-end smartphone that you can buy for $85 unlocked, bang for buck is rather impressive with this one. Adding to that the fact that you get a free compatible VR headset with it only adds to the deal’s appeal.