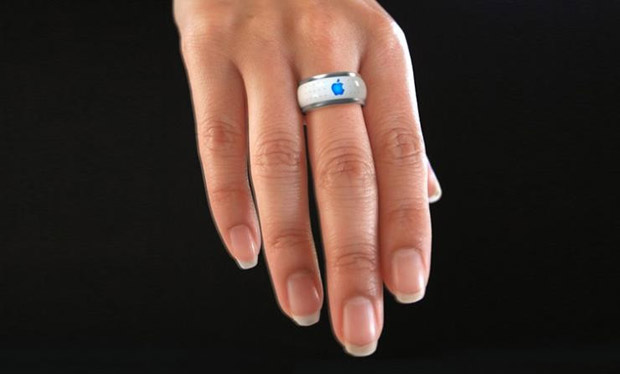 Likely in an attempt to provide fans with some much-needed diversity, Apple is now working on some sort of smart ring. Or at least that’s what a recent patent filing leads us to believe. The documents were filed last week with the U.S. Patent and Trademark Office and show a ring-like device that’s jam-packed with all sorts of interesting tech and sensors. We’re talking motion and biometric sensors, microphone, a haptic feedback system, camera, and a touchscreen display. That’s right, it would appear that Apple is working on a smart ring that somehow features a display, as unlikely as that may seem.

According the AppleInsider, the patent goes by the name of “Devices and methods for a ring computing device” and details the way in which the wearable works, as well as what it can do. At first glance, this smart ring seems to offer similar capabilities as the Apple Watch, however, it’s safe to assume that the tech must be at least a little more advanced considering that the company is able to squeeze everything in such a small form factor. Granted, the ring does look all that special in the patent images, but the fact that it can be paired with an iPhone, iPad or Apple TV still makes it pretty interesting nevertheless. Down below you can find a description explaining how the smart ring works, as per the patent filling.

A user controls an external electronic device with a finger-ring-mounted touchscreen that includes a computer processor, wireless transceiver, and rechargeable power source. The ring is worn on a first finger receives an input from a second finger, selects one of a plurality of touch events associated with the input, and wirelessly transmits a command associated with the touch event to the external electronic device.

It’s worth mentioning that Apple has yet to officially announce this device so don’t expect to be able to buy the smart ring anytime soon. If you ask me, though, the iRing, Apple Ring or whatever you want to call it will happen at some point in the coming years. As it was often the case in recent years, the Cupertino-based company will be a little late to the party because smart rings have already been on the market for quite a while now. However, Apple is really good at taking existing technologies and bringing them to the masses so I’m really hoping they go through with this. At least then it will become acceptable to wear a smart ring because right now most people will just think you’re a weirdo if they see something like that on your finger.