Microsoft Phones To Use Iris Scanners To Unlock With Your Face 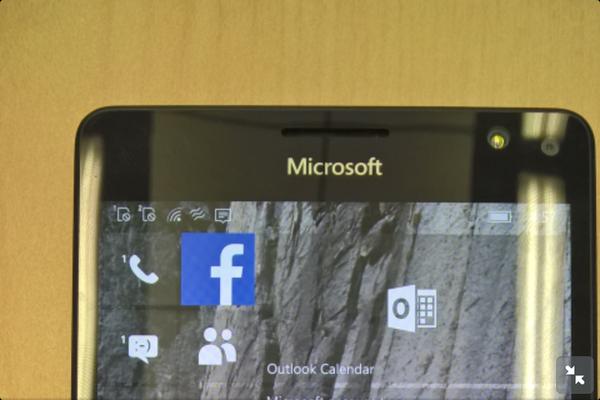 Microsoft Phones To Use Iris Scanners To Unlock With Your Face

Microsoft’s new phones will come with an iris scanner that will allow users to unlock their device with their face. The company is expected to announce the features tomorrow at an event where they will introduce two new Lumia devices. They will be Microsoft’s first flagship phones since it acquired Nokia last year. The two new phones will be called the 950 and 950XL and are expected to have big screens and fast processors.

One of the big new features with the Lumia 950 phones will be iris scanners that will allow users to unlock their phone without any passwords or typing – they simply look at their device’s camera. The scanners will use software called Windows Hello, which was introduced with Windows 10. The software on Windows 10 uses a new Intel camera, called RealSense, that works with Windows Hello on PCs. Microsoft seems to have achieved something similar for their new phones.

The new camera can be seen in the leaked photo of the Lumia 950XL above, courtesy of Twitter user @Windows10Lover. A high-resolution camera is required in order to recognise faces – RealSense uses a 3D lens, an infrared lens, and a regular lens, so presumably this new version will use something similar.

Microsoft is going all out with their 950 phones. Both the Lumia 950 and Lumia 950XL will be premium phones with high-end specifications and probably high-end price tags. Although the phones have yet to be officially announced, we already know the phones will boast 20 megapixel rear-facing cameras, Quad HD displays, and 32 GB of storage with memory card expansion slots. The inclusion of facial scanners is another piece of Microsoft’s plan for a phone that will compete with Apple, Samsung, and Google, all of which are focusing on shipping phones with fingerprint sensors instead.

Microsoft’s event starts at 10am EDT on Tuesday. Along with the 950 phones, the company is also expected to reveal an entry-level Lumia device and the new Surface Pro 4.