Battery-free Cellphones are the Future and Closer Than Ever 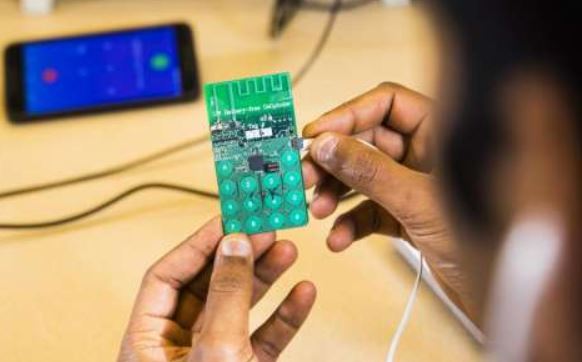 Battery-free Cellphones are the Future and Closer Than Ever

The wave of the future is no longer Dippin’ Dots, rather battery-free cellphones. Yes, you heard that correctly – a mobile phone that operates without a battery.

Researchers at the University of Washington made the breakthrough. They published their findings in the Proceedings of the Association for Computing Machinery on Interactive, Mobile, Wearable, and Ubiquitous Technologies. The research team also made calls with Skype to exhibit the prototype. Even more amazing is that they created the prototype using off-the-shelf components readily available to anybody. The one caveat is that currently the battery-free cell phone does require communication with a unique base station, and this does still require a battery.

The removal of the battery requires a different source of energy for the conversion process. The researchers focused on this goal. The cellphone that they created collects energy from ambient radio signals, light, and, most importantly, kinetic energy. Tiny vibrations occur in the cellphone when somebody is talking or listening to a call. An antenna uses the kinetic energy to encode speech into radio signals transmitted by the base station.

The research team states that it is possible to install the base station technology into the standard existing cellular networks. Furthermore, wireless routers can include this technology so that every home with Wi-Fi can also toss out their battery-powered phones.

Battery-free does not mean power-free. The prototype requires 3.5 microwatts of power, though the team is optimistic that they can reduce this further. As mentioned above, the utilized energy comes from motion, radio signals, and light. The kinetic energy derives from vibrations during a phone call. The radio signals emanate from a base station, and a rice-sized solar cell harvests light. The use of all three forms of energy allows for clear and uninterrupted phone calls.

However, the current technology only applies to phone calls. The research team is still working on applying the technology to video calls and to the more common smartphone applications. Regardless, the future is bright.