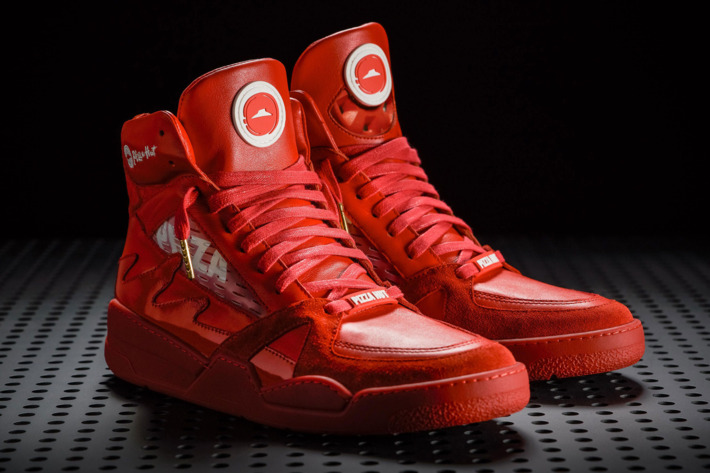 The Pie Tops were unveiled last year by Pizza Hut as a limited edition collectible. These sneakers were able to order pizza for the user on the press of a button. This is done thanks to a Bluetooth connection directly to the user’s phone.

Now, the return of the Pie Tops is seeing a few new features with it. A second button has been added to the left shoe that’s capable of pausing live TV. The Pie Tops 2.0 will now allow users to have a timeout so they can gather their pizza.

It’s a rather curious invention that I fail to see any sort of practicality into. However, the capability of pausing Live TV via a partnership with Cable providers is a very neat feature. It’s not exactly a ground breaking invention but it is an invention nonetheless.

I think of it as a very ellaborate marketing stunt. Once you think about it the practicality of a “Pizza Button” leaves a lot to be desired. Not to mention the times where orders will be accidentally placed on the shoe by some prankster or by pure accident.

Yes, I am aware that you can turn off the tap-order feature. But I doubt anyone will exactly know how to do such thing. I am mostly interested in these shoes for the reason that they are capable of pausing Live TV.

It’s a rather interesting feature that allows users to finally be able to answer the door and not miss the crucial moments in, say, a football game. In my case, it would be an eSports tournament finals set.

I’m sure there will be fans of this limited edition product. You can watch a video all about the Pie Tops 2.0 below:

Tech4U Ares Review: A Great Budget Phone
A Quick Look at the Galaxy S9. Specs, Release Date and Much More.