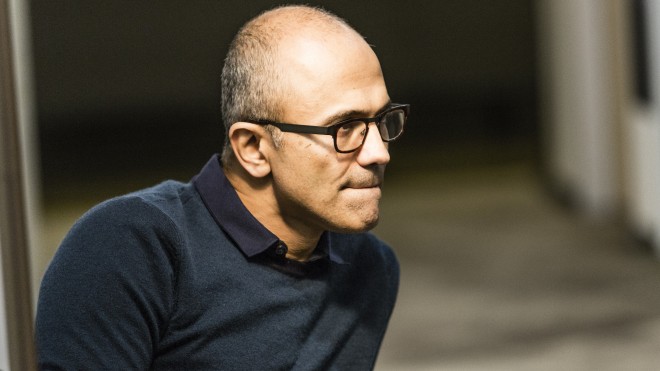 In a letter to employees, after getting to the CEO position of Microsoft, Satya Nadella left the world asking questions. In the letter, Nadella emphasized that some products from Microsoft are not working, while others are and focus should be shifted to the profitable ones, while the non-profitable ones which people aren’t liking should be canned. It’s just good business, Mr. Nadella! While some are interpreting his statements as an omen for the Surface Pro 4, others believe we should be looking at the Microsoft Lumia instead.

Satya Nadella was vague in his letter to employees, so nobody can say for sure what he was referring to when speaking of change and reorientation. While some hope for the survival of the Microsoft Surface Pro 4 or at least the Surface line-up in a similar form factor, others hope for innovative new smartphones in the Lumia line-up. Our own sources tell us it might be the end for Lumia, but not for Surface.

Take this with a grain of salt, as it is not information coming directly from Microsoft, but our insiders say we should still be excited about the Surface Pro 4. At the same time, they say the Microsoft Lumia line-up for 2016 will suffer serious cut-downs, but it will not be eradicated. Instead, they tell us to expect niche devices from Microsoft in the mobile space, which is why the Lumia 1030 seems like the new up and coming product we should look out for. Right next to a new Surface device.

There have been quite a few rumors around the Surface Pro 4, most of which, surprisingly, focus more on hardware than on design. The Surface Pro 3 is one of those rarely launched products that doesn’t really have any design flaws because the user experience has been airbrushed. Although the kickstand could do with some improvement, the Surface Pro 3 has the perfect footprint and form factor for a portable workstation and that’s what the Surface Pro 4 will be.

With improved fanless CPUs, a lot more memory and 4G LTE, the Surface Pro 4 will be the powerhouse of the freelancer, and the office worker as well. And those are just two examples. Since instead of focusing on reducing size and weight, Microsoft is said to be focusing on the hardware of the Surface Pro 4, we will end up with a beefed out Surface Pro 3 instead of a completely new device.

Sure, the display is said to be improved with higher resolution, the number of ports increased and the standard switched to USB Type C, but none of that will impact the smooth, lightweight design that has made the Surface Pro 3 a veritable mobile, portable workstation. With Windows 10 coming in July, the Surface Pro 4 release date is estimated to be around that time frame. With the new features and integration of Windows 10 and the smooth operation of the Surface Pro 4, we should be looking at a lot of horsepowers.

Our insiders say that the Surface Pro 4 will take the spot of the best ultrabook on the market, all the while taking the top spot in the tablet category as well. As a hybrid device, it will apparently borrow a few security features from Apple and Samsung, adding biometric authentication into the mix (we don’t know in what form, so fingerprint sensor and eye tracker are both in the race). With a bold move like dropping the Surface Pro 4 price coupled with the mostly free release of Windows 10, Microsoft could attract quite a few customers who are tired of tablets, laptops and PCs and want one device to do them all. That would be neat, wouldn’t it? Now it’s up to Satya Nadella and Microsoft. You tell us: should Microsoft Lumia or the Surface line-up stay afloat?

Mike GuarinoMay 12, 2018
Read More
Scroll for more
Tap
Drone racing is apparently a thing in Australia and will soon make its US debut
Amlogic Mini PC is a good $30 Chromecast alternative
wpDiscuz