Get the OnePlus 2 without an invite by September 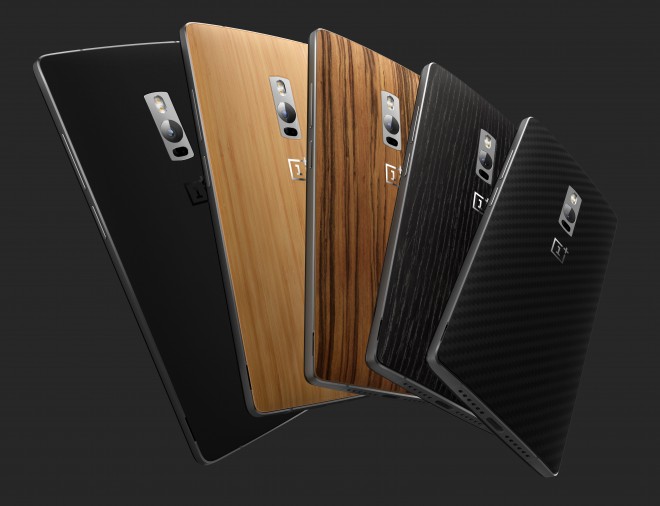 Get the OnePlus 2 without an invite by September

The OnePlus 2 flagship killer is finally official, invite system and all. Everybody was enthusiastic about the new device from OnePlus, who tore through competition with the OnePlus One, an affordable flagship that rivals the likes of the Samsung Galaxy S5, LG G3, iPhone 6 and more. This year, while a bit late, OnePlus launched the OnePlus 2 on July 27 with a new invite system in place. There aren’t many people out there who can actually get the invites just yet, but they’re starting to trickle out and the new algorithm and system that the company uses when distributing invites does show that the OnePlus 2 will be more widely available than its predecessor. But there still is a problem with buying the OnePlus 2: location and invites.

If you don’t want to wait to get a OnePlus 2 invite, or the company doesn’t ship to your country, we have the best solution for you. CooliCool is a new retailer that actually has the OnePlus 2, in both storage configurations up for pre-sale. That means that you can secure yourself a OnePlus 2 without an invite, and will get it by the end of August.

To be fair, the OnePlus 2 price at CooliCool is a bit higher than the original price in USD on the OnePlus shop, but the difference is rather small and for those living in Europe (Hungary for example has the highest price for the OnePlus 2) can actually benefit from getting the OnePlus 2 without an invite through the retailer. Moreover, since we’re so awesome and CooliCool loves you guys, we managed to get our hands on a discount. Just use the code ONEPLUS when checking out your order and you’ll get a $10 discount on your purchase. Not much, but significant anyway!

You can get the OnePlus 2 without an invite

If we’re being honest, the OnePlus 2 is worth the extra investment. Although those who have shallow pockets should definitely go and take part in the forums and get their hand son invites, those who think that they can splurge a bit more on the 2016 flagship killer should take advantage of the offer we have. The presale ends at the end of the month, when shipping begins, and there is a limited number of units available through the promotion, so I would suggest hurrying up if you want to be among the first OnePlus 2 users out there.

So why is the OnePlus 2 so special? Because it’s a flagship killer for next year. That, according to the company, means that not only can the OnePlus 2 design, performance and bang for buck outdo that of the Galaxy S6, LG G4 and iPhone 6 Plus, but it also aims to destroy phones of the future, like the iPhone 7, Galaxy Note 5 or even the Samsung Galaxy S7. Whether the OnePlus 2 can keep up with times that good will be revealed only through time. Right now, the phone is impressive, to say the least, and the winner of the bang for buck trophy of the year, two years in a row.

First off, the OnePlus 2 comes with quite a few StyleSwap covers made out of wood, leather and other premium materials, sort of like Moto Maker. You can customize your OnePlus 2 when you order, although only if you order directly from the company. If you go to CooliCool, you will have to settle for the black variant of the device.

The OnePlus 2 display measures 5.5 inches and comes with an FHD resolution of 1920*1080, the same as on the iPhone 6 Plus. The LCD display is protected by Corning Gorilla Glass, so people won’t have to worry extensively about scratching the screen. Under the hood, the OnePlus 2 gets a 64 bit Snapdragon 810 CPU, 3 or 4 GB RAM depending on the storage unit, 16 or 64 GB eMMC v5.0 internal storage, an Adreno 430 GPU, a fingerprint sensor, 4G LTE, OxygenOS based on Android 5.1 Lollipop, 3300 mAh battery, USB Type C port, Bluetooth 4.1, Wi-Fi 802.11a/n/ac, a 13 MP camera on the rear with 6 lenses and new features, complete with optical image stabilization, dual-LED flash and a 5 MP wide-angle camera on the front. 4K is of course, part of the entire deal.

As you can probably tell, the OnePlus 2 is an absolute flagship killer and comes with all the important features that people want in a flagship these days. Although a microSD slot and a removable battery are still missing, smartphone enthusiasts are beginning to get accustomed to their absence and finding new ways of getting around the unfulfilled need. Buying the OnePlus 2 without an invite didn’t seem possible until now, but for those willing to invest a bit more and benefit from international shipping, it’s definitely a worthwhile deal. Any takers?