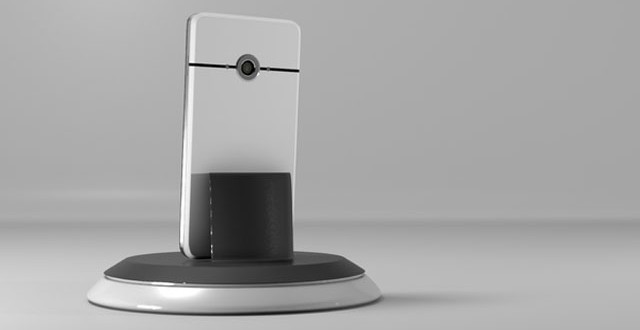 Anybody who’s got the slightest to do with smartphones and technology has probably noticed that the Nexus 5 2015 is on everybody’s lips (blog, news site, Youtube channel, etc). But upon closer inspection one can easily observe that the purported Nexus 5 2015 and Nexus 6 2015, too, is unreleased, unofficial and unconfirmed. So why is everybody still so excited and hyped about the new product(s)? Because the rumors are scandalous and because Google has big plans for September and IFA Berlin 2015.

In a matter of days, IFA is kicking off with its huge portfolio of exhibitors showing off tech like none other. Google is going to be the headliner of the entire show on September 4, when the company is set to introduce two new smartphones: one made by LG and another one made by Huawei. That’s about it when it comes to official information from the manufacturer and Google, as further details about the new Nexus line-up have not been released.

Nonetheless, people are excited about the Nexus 5 2015 release for multiple reasons. One of the main reasons is that people are nostalgic: the last Nexus 5, launched in 2013, is still one of the best smartphones on the market, and people want more of it. Since the original model has been discontinued for a while now, the Android community is excited to see a crowd favorite revived. The problem is that we’re not sure if Google is trying to reinvent the Nexus 5 or launch a new device. I guess that will only be revealed after the IFA show this week.

The story behind the fascination that people have with the Nexus 5 2015 starts at the Nexus 6 and Nexus 9. Last October, when these devices were put on sale, people were expressing mostly disappointment at the choices that Google, Motorola and HTC made. Instead of making a new Nexus that is affordable and high-end, dictating the trends in the smartphone industry, Google botched things up a bit and launched a device that was just as expensive as Samsung flagship devices and it was too big. That mistake was criticized by everyone and that’s when people started saying that they’re better off with the old Nexus 5.

But the old Nexus 5 is outdated, has a bad camera and there won’t be software updates for it forever. And people are realizing that after two years, it might be high time to upgrade a bit. Which is why the announcement that LG would be working alongside Google for the new Nexus started the Nexus 5 2015 conversation: LG made the original and they’ll make an even better one – is what everyone is thinking. Rumors are piling up and while some say the new Nexus 5 2015 will be an old one, with a better camera, others say we should expect a phone that is closer to the LG G4 and LG G Flex 2 than it is to anything else.

When Huawei was named as the second manufacturer Google would be working with for the Nexus line-up, another flow of rumors was opened. From these rumors, we gathered that people want few things from the new Nexus 5 2015 and Huawei’s new device: affordability, customizability, good battery life, good camera, stock Android and stable performance. Those should be easily fulfilled if the Nexus 5 2015 turns out to be what people expect it to be, and in this case, it will probably rock the smartphone world.

The Huawei device is not as mediated as the Nexus 5 2015, because most people don’t know what to expect. While most say it’s going to be a smartphone, others say we should be expecting a new Nexus 7 2015. What we should expect, however, is a metallic design, an affordable price tag and a sleek appearance – that’s judging by what Huawei is used to doing and what compromises Google is known for. The Nexus 5 2015 is much more popular because there’s already been one of them, and an impressive one at that. People want the new device to impress them, and it most likely will.

Google has been mum about the Nexus 5 2015 and Huawei’s involvement in the project, which leads us to believe that the companies have something innovative prepared for the tech community. Although unreleased, the Nexus 5 2015 has already created itself a fanbase and a pretty large number of people who have already decided that the new device is for them: they’re going to buy it just to test it, at least. And that’s pretty impressive. Forums are teaming with people talking of expectations and rumors, and everyone seems excited, even iOS users.

If Google launches something truly innovative in the form of the Nexus 5 2015 with Android Marshmallow, the company has a shot at taking on Apple this year. Although the track record of Android vs. iOS usually ends with the latter winning by a pretty big margin, Android is still very liked and preferred by quite a few tech-savvy people out there. iOS users need certain design and user interface elements in order to convert, judging by their comments, but they’re things that Google might not want to implement just yet, so there’s some uncertainty around what the goal of the new launch agenda is.

Whatever happens, the Nexus 5 2015 release date is right around the corner and all our speculations and theories will be proven or disproved in a few days. We’re very excited about IFA and we’ll be keeping you guys up to date with everything that’s going on at the conference once it starts. Make sure to check back to find out what the new Nexus 5 2015 brings to the market and what Huawei offers up to Android fans.