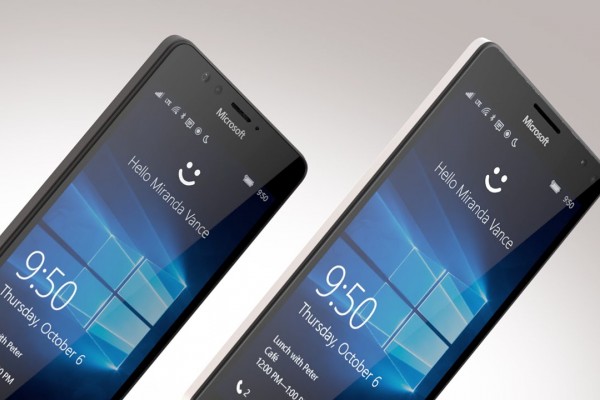 This past year, the rumor mill about new Microsoft Lumia flagships was talking Lumia 950 and Lumia 1050, and we’ve previously spoken about the successor to the Lumia 1020 and the possible first Microsoft Surface Phone. Although the Redmond giant has not yet confirmed any new smartphone release, Windows Central’s insiders believe the Surface Phone is going to be the real Windows 10 flagship that the Lumia 950 and Lumia 950 XL were supposed to be. Launched this Fall, most reviews of the handsets point out that it’s still “not there” yet, due to a less-than-premium build and spotty Windows 10 performance. However, users are still quite happy with the phones and how they turned out, even though they could use some refinement. Microsoft seems to have wanted this to happen, as build-up for what’s going to be the real Windows 10 flagship, the Surface Phone.

Designed by the team behind the Surface Book and Pro 4, the Surface Phone is going to be the real way to experience the features Windows 10 has to offer. Panos Panay and his design team are apparently preparing to launch the Surface Phone in the second half of next year, sources familiar with the plans talking to Windows Central have revealed. The buzz has of course intensified over the past two days since the news broke, and that means people are excited. At the same time, the positive responses do consolidate the fact that they’re not happy with the Lumia 950 and don’t really consider it a true Windows 10 flagship.

Regardless of whether or not the new smartphones fulfill their designated typology, a new Surface Phone seems to be coming and that’s what we’re really excited about. The Surface Book and Pro 4 showed the prowess with which Windows 10 and good hardware can work together, despite the software still needing the odd improvement or two. The Surface Phone should represent the same thing, demonstrating how powerful Universal Windows 10 apps can be. Those are some intimidating expectations from Microsoft, but that’s what commenters, bloggers and journalists on the internets are talking about.

The flagship market does seem in need of a new angle, and the Surface Phone could be that new angle, propelling Windows 10 towards a much brighter future – in the mobile OS market. I wouldn’t go as far as to say it has the potential of defeating Apple, but if Microsoft and the Surface team nail it, it definitely has some potential. A move from Android and Apple towards Microsoft would provoke many changes in the mobile industry, if it’s large enough. But the Surface Phone is probably not going to meet such high expectations.

Nonetheless, from what the rumors and reports about it are saying until now, the Surface Phone is going to be at least interesting. Apparently internally it’s being called Panos’ phone, but we don’t know what to make of that. With a metal body, the phone bearing resemblance to the Surface Book wouldn’t surprise me, especially if it’s called Panos’ phone. With the hardware and software at their fingertips, Intel involved in the project on the CPU side and a lot of attention from fans, Panos’ team of engineers probably has their hands full with this one.

Panos being in charge of premium devices at the company, we could add that something easy to predict about the Surface Phone would be its price. The Lumia 950 and Lumia 950 XL already show how expensive Microsoft smartphones can get, so we expect the next Windows 10 flagship to cost at least as much. Otherwise, there is little actual information revealed in the Windows Central report. However, we do get some insight into what the future of Microsoft could look like if Surface Phone ends up being the next Windows 10 flagship.

The Surface Phone release date relies heavily on how far along the team is with development, but also on what they want the phone to do for Microsoft on the market. It has the potential of making or breaking the mobile division of the company, although it shouldn’t mean Lumias have a chance at going down the obsolete road. If the Surface Phone chases after iOS and Android, it has a very tough task ahead of it and Microsoft needs to invest much more in marketing than it currently does. If the company wants to revolutionize the way we use smartphones with the Surface Phone, and that’s what they’re probably trying to do, the task is equally hard, if not impossible. Is the tech there to really innovate in the smartphone industry?

Microsoft seems to believe it is, and with Intel on board the new Windows 10 engineering team, there’s a lot of potential in this mysterious device. Enough rumors and reports have piled up over the past year to lead us to believe that the Surface Phone exists, now it’s just a matter of when the company will feel comfortable talking about. Since they want to make it run x86 apps, it’s no wonder they’re secretive about it.