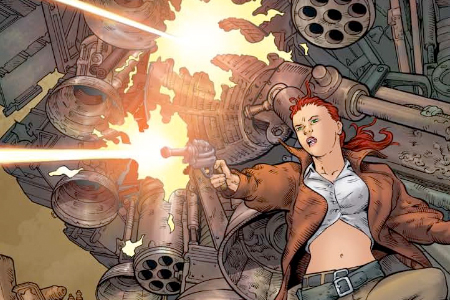 Perfect for a TV miniseries, Ignition City (written by Warren Ellis who has worked on such comics as Hellblazer, Iron Man and Transmetropolitan) is set in an alternate 1956 in which World War II was interrupted midway by a Martian Invasion leaving the world in a kind of Bioshock-esque dieselpunk but also kind of Fallout-esque atompunk world of space travel and dusty vehicles inspired by the works of Ray Bradbury, the TV series Deadwood and the legendary science fiction world Metropolis.

Ignition City may work better as a film due to it being far more contained a story but also requiring a budget that TV might not be able to grant but I’d like to see this purely because it is so different from any other comic on the list and so different from any show on TV. With such a broad eclectic range of influences that it shows off so stunningly it would certainly make for a breath of fresh air. 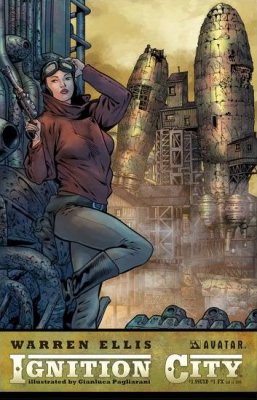 Personally I see Ignition City working best as a miniseries consisting of three hour-long episodes which should be able to tell the entire story well enough, ideally with a good creative team who are able to bring the pages to life as opposed to turning it into a more straight-forward science fiction.

The downside to an Ignition City miniseries would be that as it was such a short story by comic book standards there may not be a lot of mileage out of it. It would likely be a one series job, not that this is necessarily a bad thing as there have been plenty of shows with short runs that concluded and are still very good and well loved in their own right.