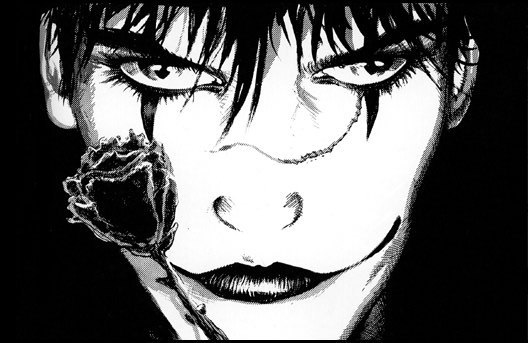 Welcome back, you’re currently on part 8 of my most tragic comic book characters. If you’re new here please go to my introduction. This entry is about something I covered before… so I’m doing it again.

I’ve talked about Eric Draven before when I recommended The Crow but I’m going to mention him again because there are very few comic book characters that are as tragic as him.

While it’s true there are plenty of characters who lose loved ones The Crow’s entire story revolves around it. Eric Draven and his fiancée Shelly are killed the night before their wedding by local gangsters in run down Detroit.

If you think that sounds unlikely… that is because you’ve never been to Detroit. Eric is resurrected, and guided by a mysterious Crow and a spirit known as The Skull Cowboy as he tracks down his murderers. This is all shown with very graphic imagery that may put some people off but it lets us see just how tortured Eric really is. Obviously this is a tragic back story in of itself, however the story becomes a lot more heartfelt the further you get through the comic. You see how happy he was with his other half and you see them in moments of just being regular people together.

These small glimpses into their life give the impression that there was even more there, as opposed to showing us everything. You grow more attached to the characters before being reminded that this relationship, in the end, was taken from them. However the most touching part is by the end of the book,; Eric learns that now he’s achieved his goal he needs to be able to let go before he can be accepted by her again, that being driven by hatred was not a good thing.

I won’t go into much more detail but it’s something you need to see for yourself. It works beautifully… and you’ll be depressed by the end.