Ratchet And Clank Game and Film Delayed Until 2016 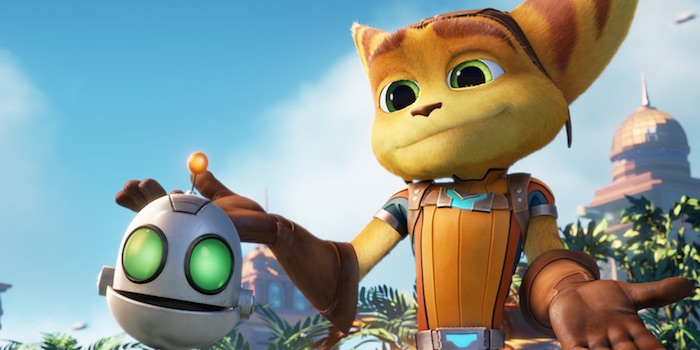 Ratchet And Clank Game and Film Delayed Until 2016

The Ratchet And Clank remake we were promised at last year’s E3 for the PS4 won’t be coming this year. Developer Insomniac Games confirmed the release has been pushed back to next year on the official Playstation blog. The Ratchet And Clank animated movie, also promised for this year, has been delayed along with the game until 2016.

“While you might have to wait a bit longer than expected, rest assured we’re using the time wisely to further polish the game to a spit-shine level, with dazzling shader response, awe-inspiring effects, velvety smooth animations, and spectacular new gameplay segments. Really, we can’t wait to show it to you,” said Insomniac’s chief brand officer, Ryan Schneider.

So it’s more waiting. For the world of games it’s been a year full of delays, with titles like The Legend Of Zelda and Uncharted 4, to name a few, being pushed back far later than their original dates. The positive to take away from this is that it might mean triple-A developers are learning from their mistakes. And by mistakes, I mean the plethora of broken, unfinished games that went on sale last year. Nobody likes delays, but they’re a lot better than spending $60 on a game that barely works.

And it certainly sounds like a lot of care is going into the Ratchet And Clank reboot. From what we know, it’s intended to be released alongside the movie. The movie will be an adaptation of the original Ratchet And Clank game from thirteen years ago, while the game “re-tells the origin story that ties in closely and expands upon the movie’s narrative. It also features several new levels along with reimagined classic locales like Metropolis, brand new weapons and completely redone visuals made possible by the power of the PlayStation 4.”

The movie’s cast was also released, and it’s full of big stars. Insomniac have also promised the main characters Ratchet, Clank, Nefarious and Captain Qwark will be voiced by the same actors as the games.