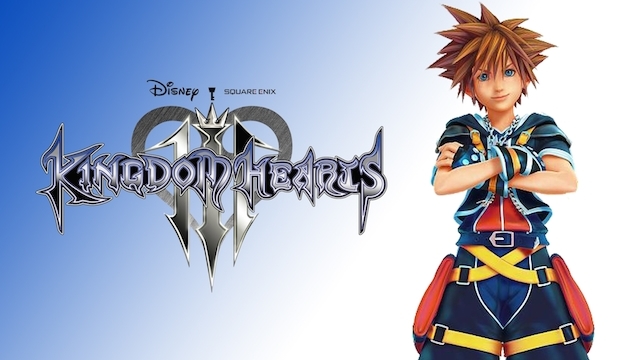 With the reveal of a new Kingdom Hearts 3 trailer at E3, our hype for the title has been revitalized. We not only got some hints towards the plot for the new game but a hefty amount of actual gameplay as well, and boy howdy does it look fancy. The trailer may be only two and a half minutes long, but it seems there was a lot in there that we may have missed while we were all screaming with delight. So here’s a list of the things I noticed when looking back at the trailer, as well as some personal theories and speculation. Just a heads up: there will be spoilers for the entire series thus far.

In the few bits of story that we were shown, we see a young Xehanort playing chess against someone who is no doubt a young Eraqus, the Keyblade Master seen in Birth by Sleep who taught the three main protagonists of that game. Given my own theory regarding the chess game itself (more on that later), I suspect that Eraqus may be returning for KH 3.

Yeah, he did die in Birth by Sleep but it was suggested that his heart managed to take residence in Terra’s body and is preventing Xehanort from taking full control. Given how characters that have seemingly died have ended up coming back already, Eraqus returning doesn’t seem so far-fetched.

Also, in the original announcement for the game, we saw Sora holding Eraqus’ Keyblade. The last time we saw it was when Aqua took it with her into the Realm of Darkness (hinting at her return as well). Could Eraqus lead the charge against Xehanort during the final battle? In the trailer, he states that he could change the future that is apparently pre-determined and “there’s more to light than meets the eye.” Could he have formulated a plan to thwart Xehanort? He says “you might be surprised” which I think is directed to us just as much as Xehanort.

2. Magic on the move

In previous games, using magic always required Sora (or whoever you were playing as) to stay still to use it. Even if you used it mid-air, Sora would only be carried by his momentum. While sometimes necessary, it did leave you open to attack. But here in the trailer, we quite clearly see Sora firing magic whilst moving. This is most likely to add to Sora’s more sporty nature in the game, but it also suggests a lot of combo potential and could give players more of an incentive to use magic against enemies.

Sora was already a pretty nifty guy in KH 2 and 3D, but that seems to be accentuated even further for this game. Aside from impressive jumps and rolls, we can see him run up and bounce off of walls (an ability he’s kept from 3D). Again, this adds new ways to dealing with enemies and racking up combos. Given the slightly larger hoards of Heartless that Sora will have to deal with, these may be mandatory.

At around 0:44, we see Sora jump of a cliff edge and fall down, with a wide view of the world around him. We don’t see him hit the bottom, but it seems to suggest that worlds are going to be even bigger than they were before. In the past, worlds were usually broken up into several ‘rooms’ that varied in size; you never really got lost in them because each one was distinct and there wasn’t room for exploring.

Here, though, with the scope and scale increased, this could lead to larger battles and hidden areas with unique treasure to be found. Maybe there will be no loading screens needed to move around the world and you can travel between areas seamlessly? With any luck, this won’t be a pipe dream.

5. Is Olympus Coliseum coming back?

Amongst all the hype for the new Tangled world, it’s easy to forget that Olympus Coliseum, the world based on Disney’s Hercules, will be making a return. However, in previous games, Olympus Coliseum was always set in, well, the coliseum area. We haven’t seen anything resembling it in KH 3 but the Rock Titan, an optional boss fight in KH 1 and Re: coded, was shown off again, having appeared in a previous gameplay video.

It looks as if Sora and co. will fight him in a large mountainous region. Does this mean we will finally get to explore more of the Hercules world and not just be limited to the coliseum? In fact, the mountain areas don’t look that much different to the ones shown off in the Tangled world. Could Disney characters be crossing over into other worlds? Unlikely, but a man can dream.

It was already confirmed that Sora would be able to transform his Keyblade into new weapons. In fact, Terra could do that in Birth by Sleep. However, we see two very different examples in the trailer. The first time, Sora uses a pair of guns that he merges into a bigger gun and later on, it seems to turn into a chariot being drawn by a pegasus. What’s interesting is that the transformations seems to come from two different Keyblades. It’s most likely that each Keyblade that can be obtained comes with its own unique transformation, rather than Sora having multiple available at once.

In the bottom right of the screen, we can see three different bars around Sora’s icon. Obviously, two of them are his health and magic bars but we can also see a third meter that says EX with a three next to it. Sora had a similar bar in KH 2 which was used to activate his Drive forms – could this be a new Drive gauge? We don’t see any of it being consumed for the Keyblade transformations or the attractions like the pirate ship. Then again, it’s possible that, as an early build, it was designed so as not to be consumed so the attractions could be shown off. Though it has been said that Drive forms may come back…

8. Twilight Town is coming back

In the original announcement trailer, we saw Sora in Twilight Town for a brief moment. Since it was pre-rendered, it didn’t necessarily mean the world would be coming back but Twilight Town has featured quite prominently in both the D23 gameplay video from 2013 and the E3 trailer. Twilight Town has not been seen since KH 2 and served as an important location in regards to the character of Roxas, Sora’s Nobody, as that was where he was born and where Xemnas recruited him into Organisation XIII. When Roxas was captured by Riku and DiZ, they kept him in a data replica of Twilight Town, where he befriended some of the residents.

Given its appearance here, Twilight Town will most likely have some significance in the story, especially since it has been heavily implied that Roxas will be coming back as well.

At the 2:14 mark, we get a shot of a Keyblade hanging up on a wall. The eagle-eyed will recognize it as Master Xehanort’s Keyblade. The question is: why is it hanging up there like its a decoration or a memorial or something? Given that the young Xehanort is most likely still an apprentice at this point, I can’t imagine him doing it… unless it’s not his Keyblade.

My theory is that the Keyblade might have originally belonged to Xehanort’s master, or maybe even be a relic left behind by a previous Keyblade Master. After all, the Keyblade Graveyard proves that Keyblades don’t vanish when their wielders die. Given the hefty amounts of time travel involved, it’s possible that Xehanort travelled back to the Keyblade War, died, and left his Keyblade so that it could get hung up on a wall for his younger self to take. Did I mention this series’ plot is very confusing?

This stuck out to me the most. The chess pieces that we see all have different symbols on them. Some of them are quite recognisable, such as a heart and a crown (common symbols throughout the series). A couple of them caught my eye, however, which hint towards a possible true nature.

The first one I spotted was a symbol that looks like a cog that’s been split. It looks exactly like the keychain attached to Vanitas’ Keyblade. Vanitas was supposedly destroyed by Ventus but given his cameo in 3D and his connection to both Ventus and Sora, it’s likely that he may return. If he does, he could be one of Xehanort’s Thirteen Darknesses; essentially Xehanort’s personal army.

Another chess piece has a symbol that almost looks like a pair of dice – a symbol that is associated with Organisation XIII member Luxord, who died in KH 2. However, many of the Organisations members have been revived due to both their Heartless and Nobody being destroyed, and two of them (Xigbar and Saïx ) are confirmed members of the Thirteen Darknesses. Director Tetsuya Nomura has also stated that Luxord is his favourite Organisation member – make that what you will.

Because of these, I suspect that the chess board is actually foreshadowing the final battle between the Thirteen Darknesses and Seven Lights. The final shot focuses on two chess pieces: one with a horned figure and one with a crown, which I believe is referring to Xehanort and Sora respectively. Though a crown would be more commonly associated with King Mickey, who very much seems to be the de facto leader of the Seven Lights but Nomura has gone on record saying not everyone will play their intended parts.

Does this mean there will be even more bombshell surprises in the future? In the words of Xehanort himself “Oh I hope so.”