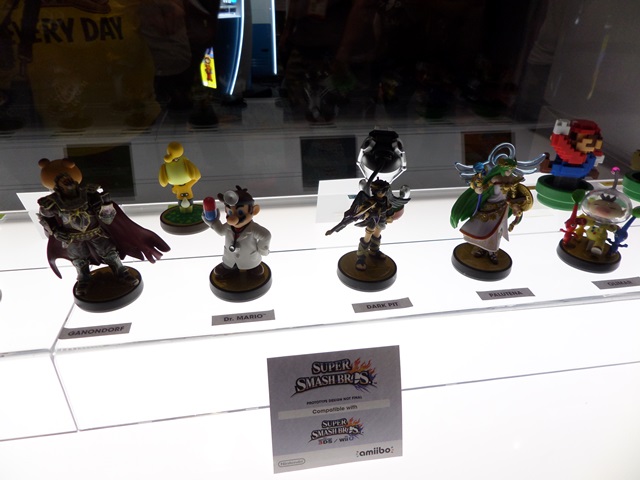 Plenty of amiibo figures have been released in the past few months in all regions and plenty more are getting released in the future, including figures for the remaining Super Smash Bros. fighters as well as figures of new lines representing other popular characters created by Nintendo.

Many of these upcoming new figures have been shown by the Japanese company at the San Diego Comic-Con. Several pictures of these new amiibo figures, including the Super Mario Maker and Animal Crossing amiibo, have been shared online by Skewed ‘n Reviewed and you can take a look at them by going here.

As all amiibo collectors know, it can be hard to get hold of some of the rarer figures, mostly due to store exclusivity which greatly limits availability. However there are times when new stock surfaces in several stores, allowing collectors to purchase figures they might have missed. A few days ago the Marth, Rosalina, Jigglypuff, Wii Fit Trainer, Charizard and Wario amiibo have become available again in Best Buy stores while the Ness and King Dedede figures in select GameStop stores. Unfortunately some of these figures are already out of stock but we will let you know when other restocks become available in stores as soon as possible.

More amiibo figures from the Super Smash Bros. line are going to be released in North America later this month, the Dark Pit and Palutena figures. According to the official amiibo website, the Palutena figure, which will be released on July 31st, is not going to be a store exclusive figure so it shouldn’t be too hard to find in stores a few days after launch.

More on the release of the new amiibo figures is going to come in soon and we will let you know everything about the matter as soon as possible so stay tuned for all the latest news.