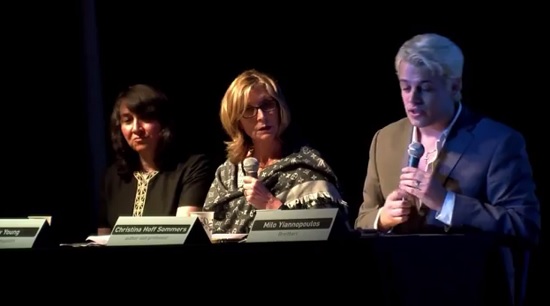 A Gamergate event in Miami was evacuated on Sunday after organisers received multiple bomb threats. The event was being held by the Society of Professional Journalists and the threats occurred during a panel that presented the “pro” side of Gamergate. It took multiple threats to get the events attendees to evacuate. Organiser and moderator Michael Koretzky said they received a total of six bomb threats.

The first threat occurred around 1.15pm but attendees decided to stay at the event. Eventually, more specific threats were phoned in to both The Miami Herald (a prominent local newspaper) and the Miami police. Those threats stated a bomb would go off at 2.45pm. At that point, the event was properly evacuated, but the panel discussion continued outside. The area was deemed safe again around 4.45pm, more than two hours after the evacuation.

Gamergate started more than a year ago as a supposed movement against unethical video game journalism. However, the movement was quickly associated with all manner of hateful behaviour. Several prominent women in the games industry and game journalism were harassed and some were even forced to leave their homes. It was quite confusing and most people stopping following events relating to the movement after a few months (it got rather depressing to watch). Apparently, the friction left over from the movement hasn’t faded yet.

The event in Miami apparently didn’t have any people representing the “anti” side of Gamergate because they declined to attend.

Both panels can be seen in full on SPJ AirPlay’s Youtube channel.