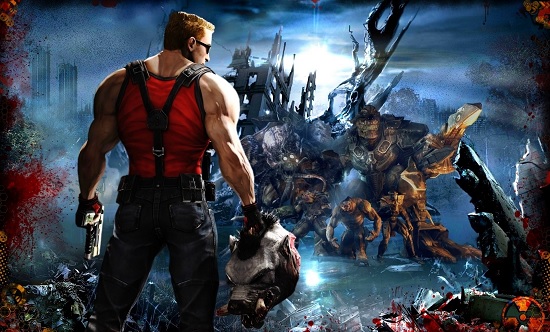 “Gearbox Software, 3D Realms and Interceptor Entertainment have resolved their differences; the parties have voluntarily ended all litigation between them,” the companies wrote in a statement.

Gearbox, which developed Borderlands, was responsible for the ill-received Duke Nukem forever back in 2011. The legal battle started in early 2014 when 3D Realms (owned by Interceptor) started teasing a new isometric shooter called Duke Nukem: Mass Destruction. Gearbox believed it had purchased all rights to the Duke Nukem franchise, including the name, when it started work on Duke Nukem Forever.

Mike Nielson, 3D Realms CEO, said “when Interceptor acquired a license to develop ‘Duke Nukem Mass Destruction’ (‘Duke Nukem Survivor’) from 3D Realms, we did so in good faith and were not aware of any conflict. We never intended to cause any harm to Gearbox or Duke, which is why we immediately ceased development after Gearbox reached out. To secure the future of Duke, 3D Realms has agreed with Gearbox that a single home serves the IP best. And as big Duke fans, we’re excited to see what Gearbox has in store for the ‘King.’ As for our own games, we’re eager to complete development of the ‘Bombshell’ game and get it in the hands of our fans.”

Duke Nukem: Mass Destruction has since been renamed Bombshell and is still working its way towards release, although with all references to Duke Nukem removed. Meanwhile, Gearbox is free to proceed with making new Duke Nukem games.