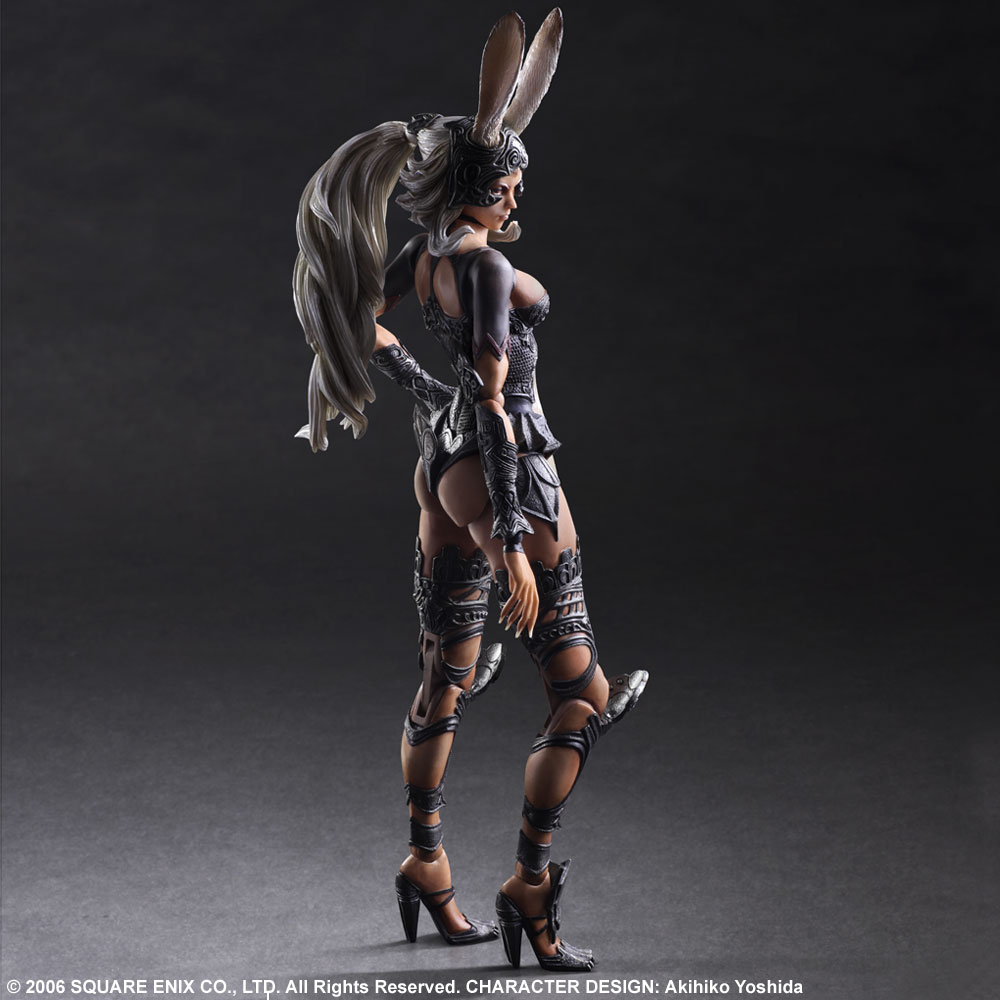 The Fran Play Arts Kai figure represents the unique character from Final Fantasy XII and it will come with the character’s signature weapon. The figure will be released during January 2026 for the price of 12,000 yen. Some new images of this beautiful figure have also been made available and you can check them out right below.

Final Fantasy XII is, without a doubt, one of the more interesting Final Fantasy games. The game, which was originally released on PlayStation 2 back in 2006, comes with a lot of features that have never been seen before in the series such as the Active Dimension Battle system, where players fight enemies right where they are encountered. During battle, players can choose to issue commands like in previous entries or let the AI control all characters. The AI will act depending on the settings of the Gambit system, which allows players to dictate how characters react on certain situations, like focusing on healing when an ally’s HP drop below a certain percentage and more.

The Final Fantasy XII growth system is also incredibly unique. Through the License Board, players are able to unlock not only the ability to use Magicks and Technicks but also the ability to equip certain accessories, weapons and armor. This system allows players to customize characters to their likings and be ready for anything the game throws at them.

The Final Fantasy XII Fran Play Arts Kai figure will be released in Japan this January for the price of 12,000 yen.