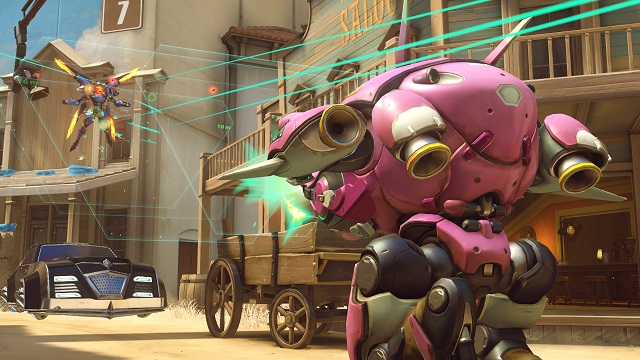 By now I’m sure you’re up to date with everything that’s been going on at Blizzcon yesterday, like the Warcraft movie trailer and what not. As expected, the trailer was one of the main highlights of the event, however, the Overwatch segment was definitely very interesting as well, and for the best of reasons. Not only did we get to see a whole bunch of new upcoming content, but we also finally learned a bit more about the game’s business model. Judging by its MOBA inspired concept, one would have assumed that Overwatch will be a free to play game, much like League of Legends, Dota 2 or Blizzard’s own Heroes of the Storm. One would have assumed wrong, however, because we just learned yesterday this is in fact not a free to play title.

The company announced at Blizzcon that Overwatch will come in multiple variants, with the standard one clocking in at $40. There will also be two additional versions priced a tad higher, but packing a number of goodies, as it is usually the case. Interestingly enough, Blizzard seems to have designed Overwatch from the ground up as an eSport, an yet, most of the successful eSports are free to play with microtransactions, including the aforementioned League of Legends, Dota 2, and Heroes of the Storm. Right now the only successful eSport that you need to buy is CS:GO and the price of that is really low. A case could also be made for Starcraft II, but it’s no secret that the RTS has been on the decline for the past couple of years and I’d be very surprised if its eSports value were to grow even with the long-awaited launch of Legacy of the Void.

Everything points at the fact that people just don’t want to spend big bucks on a highly competitive game right off the bat, but they might actually spend much more on cosmetic items further down the line. Blizzard is taking a very strange approach here because it’s offering microtransactions while also asking for 40 bucks, which would be all fine and dandy if Overwatch wasn’t aspiring to be the next big thing in eSports. By asking $40, the company is essentially shooting itself in the leg and driving away customers who have a lot of other good and free options on the table to quench that competitive thirst. Moreover, the game does not feature a single player component so you won’t even be able to say “hey, I didn’t like the multiplayer, but at least the game had a nice campaign.”

What’s even stranger is that Blizzard is also asking $40 for Legacy of the Void and with that you get both an awesome campaign and (eventually) good multiplayer. Granted, LotV is an expansion so perhaps the comparison is not entirely fair, but still, $40 for a multiplayer only game that attempts to blend two genres and that may or may not live up to expectations is a bit much if you ask me. Until yesterday, I was fairly confident that Blizzard would be able to appeal to eSports fans with yet another release, but now I’m not so sure. We’ll just have to wait and see if this gamble pays off or if people take a look at Overwatch’s price tag and go back to LoL because it’s free.