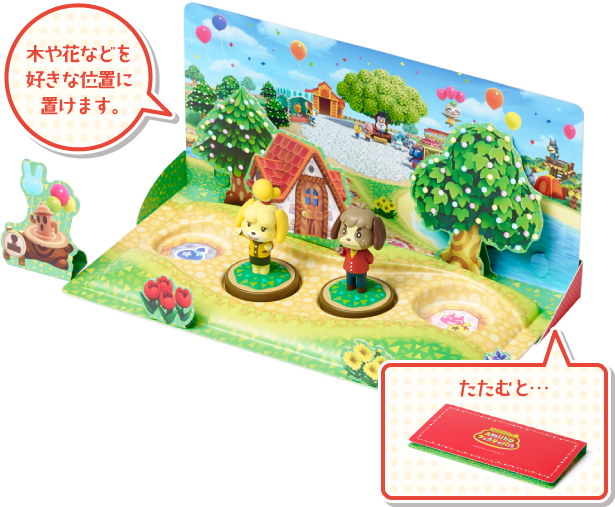 Later this week amiibo collectors and fans of the Animal Crossing series will have much to be happy about, as the Wii U exclusive game Animal Crossing: Amiibo Festival is going to be released in the region alongside the new Animal Crossing figures. Earlier today, Nintendo has revealed a very cool extra that will be offered to Japanese customers when purchasing the soon to be released game and some of the amiibo figures.

Other figures have been made available in North America earlier this month. The Mii Amiibo 3 Pack includes three figures representing the three Mii Fighter types includes in Super Smash Bros for Wii U and 3DS – Brawler, Gunner and Swordfighter.