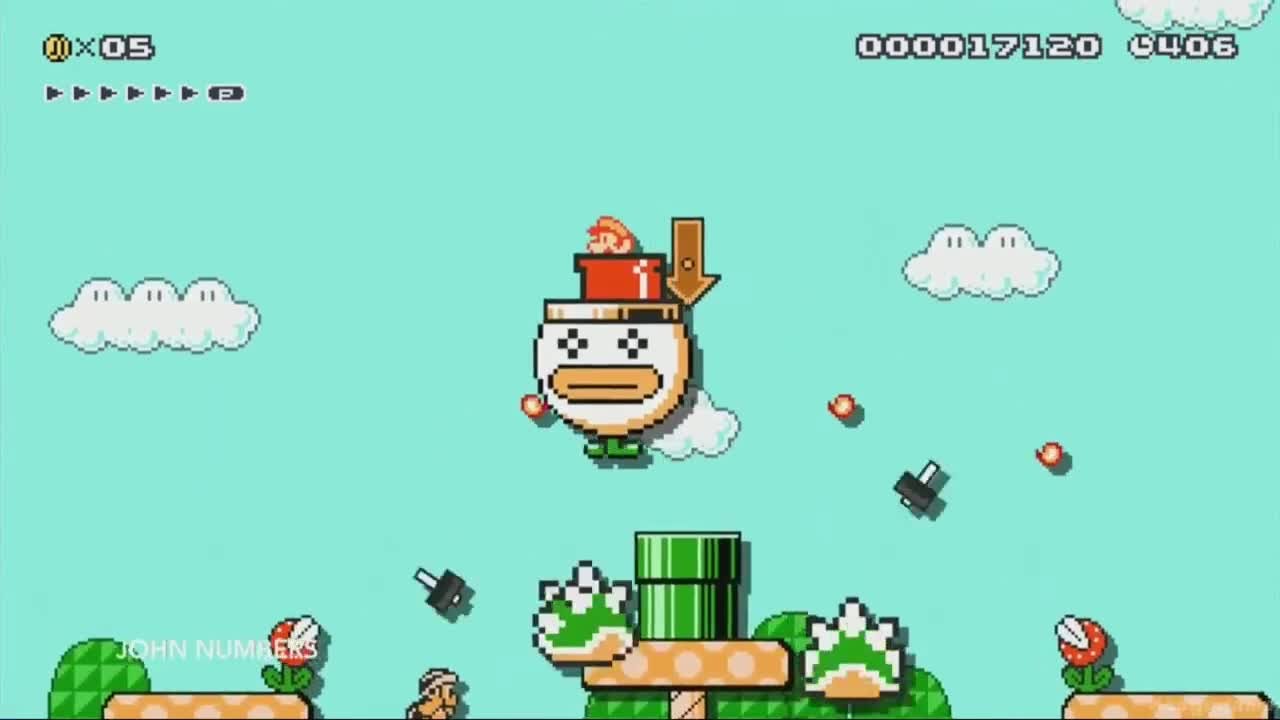 Super Mario Maker is definitely one of the best games released this year thanks to its gameplay mechanics which allow players to go wild with their creativity when creating courses. In the past few months some creators have discovered very unique ways to use the editor’s objects and a few hours ago another player has shared another very creative way to make some objects interact with one another.

Super Mario Maker player and reddit user DJNfinity has found a way to simulate a dynamite plunger by using a Note Block, Ice Blocks and a Bob-om. You can learn more about the matter and check out a course featuring this concept by going here.

New content has been made available for Super Mario Maker a few hours ago thanks to a new Event Course. The new course is called Mercedes-Benz Jump’n’Drive and it’s been created by the German automaker. Completing the course will allow players to unlock a new Mystery Mushroom course featuring Mario and the Mercedes-Benz GLA SUV. This isn’t the first time that Mercedes-Benz inspired content is released for a Nintendo game, as a few extra vehicles inspired by Mercedes-Benz cars have been made available in Mario Kart 8 a while back.

The latest major Super Mario Maker update has been made available last month. The 1.20 update added some very interesting features such as the ability to add checkpoint flags to courses, Even Courses and much more. The update also added features that weren’t revealed before release, such as the ability to speed up the sequences between courses in the 100 Mario Challenge and more.

Super Mario Maker is now available in all regions exclusively on Wii U. We will keep you updated on any future update or new content as soon as possible so stay tuned for all the latest news on this nice Wii U exclusive game.