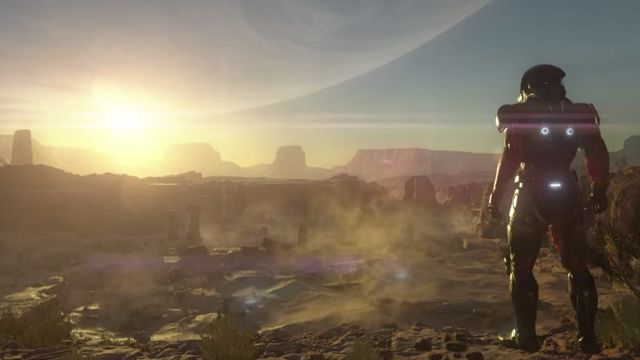 Mass Effect: Andromeda hit store shelves last week and has received generally positive, albeit mixed, reviews. Many people praise the story, characters, and gameplay; but these same people also tend to pan the animations and have helped give rise to the “My face is tired” meme. BioWare can fix most fan complaints and, according to a recent tweet, might be in the middle of doing so as we speak.

Earlier this week, the following message appeared on the official BioWare Twitter page:

Admittedly, the tweet does not mention animation errors specifically, but one need only look at reviews of Mass Effect: Andromeda to determine what likely makes up the majority of “quite a bit of feedback.” Buggy walk cycles, NPCs who clone themselves, and lackluster facial animations are among the playerbase’s chief concerns. For many, these problems are more than enough to break their immersion in the game; nothing says “immersion breaking” quite like talking to an NPC typing on a nonexistent keyboard.

Alternatively, BioWare’s “immediate plans” could concern issues such as PC optimization, autosaves not saving often enough, and audio glitches. We do not know what BioWare plans to fix or if some problems are actually fixable; all we know is what people want BioWare to fix and that the company will elaborate on its plans April 4th. One can only hope BioWare follows through on its promises and improves Mass Effect: Andromeda.

What problems have you experienced in Mass Effect: Andromeda? How do you want BioWare to improve the game? Let us know in the comments below.