The Hall Of Meat Is Back: Skate 4 Confirmed! 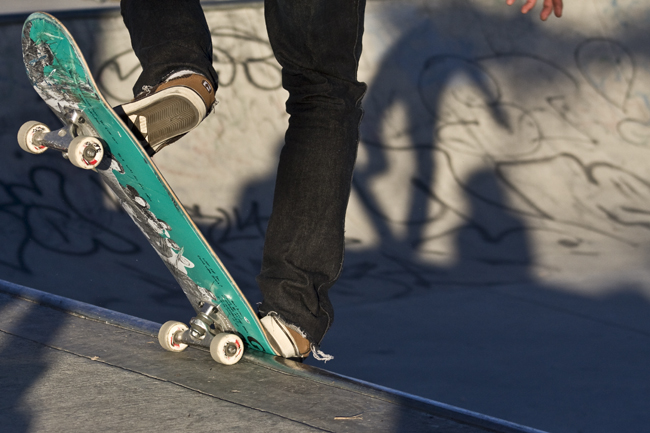 The Hall Of Meat Is Back: Skate 4 Confirmed!

Rejoice Skate fans! Sony just announced today that Skate 4 will finally be released sometime this summer. The hit skateboarding game featuring online play, and the famous hall of meat has been in limbo for many years. Other sites claimed to have leaked Skate 4 in the past but EA made it official in today’s announcement.

“Fans of Skate 3 have been petitioning, begging and asking us when Skate 4 was going to happen,” A spokesperson from EA said, “We were just waiting for the technology to become better than it was in the past so players can do even more.”

Skate 4 will be the first PS4 Pro exclusive title to the Pro line, which may cause some outrage among the gaming community. “We wanted to put this on the PS4 but Skate 4 deserved the best graphics and the ability to be played in HD VR.” the spokesperson explained.

Skate 4 will still have the same elements from Skate 3 but with a few new twists. Players will be able to build their own skate park of their dreams and allow friends to play in their custom parks. Deck and Skater customizations will offer special artwork designed by teams Almost, Zero, Element and Girl.

In addition to skating, Skate 4 will offer new ways to travel to new places. Skaters will be able to wingsuit and parachute drop into parks to perform even more insane tricks than before.

The Hall of Meat will be making it’s glorious return offering new challenges. It will also offer new ways to injure your skater; such as impaling and the ability to cause the skater to smash their testicles.

Players will also be able to record and share their best tricks via PS share. The game will then make your very own highlight reel with commentary from Skateline’s Gary Rogers.

Online play will allow players to form skate teams and compete against other teams. Teams will be given clubhouses to customize. Clubhouses will be where players can meet up, chat and skate in the team’s own personal skatepark. There will also be a team rival option allowing teams to create rivalries between teams. It will open up the prank mode where teams can tag claimed areas, and set up traps like stink bombs in clubhouses.

As it is coming out on the PS4 Pro, Skate 4 will offer a special VR mode allowing players to skate in virtual reality. Along with the game, players will be able to purchase a special skateboard controller to use with VR.

Look for Skate 4 this summer and HAPPY APRIL FOOLS!

Zach RileyJanuary 31, 2023
Read More
Conan Exiles Update 23 is Live: You Can Now Siege Buildings
Konami To Give Kojima All Rights to the Metal Gear Franchise
wpDiscuz