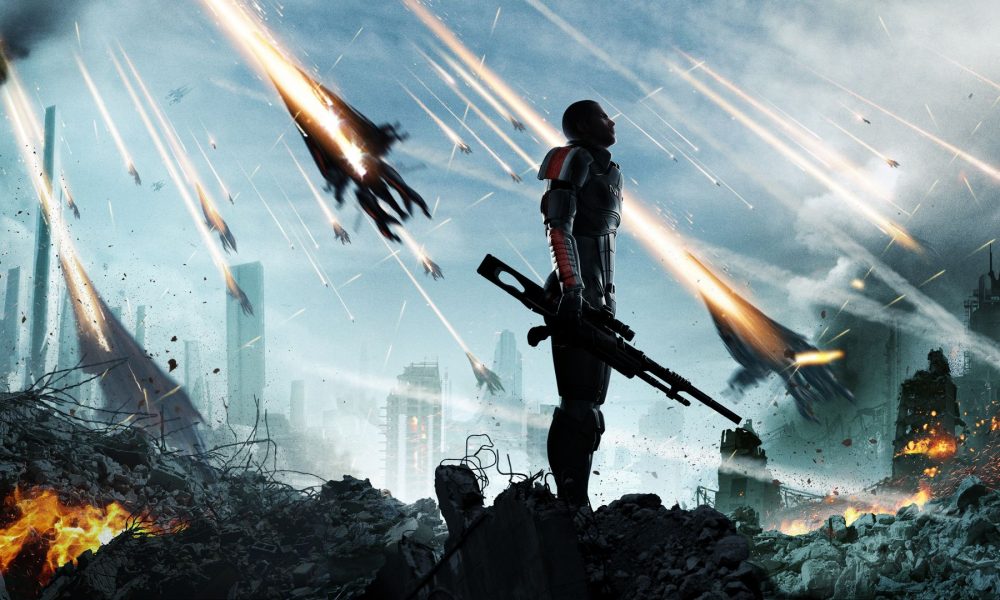 Mass Effect used to be a golden standard that game developers and story tellers were held to when it came to quality game development. With the recent announcement that the Mass Effect series is being put on hold, it’s quite evident that its status amongst gamers has changed significantly since its original release. I believe the reasoning for this loss of popularity and success is mainly due to the consistently shifting style of and approach to the series.

When Mass Effect came out in 2007, it became the pinnacle of Western RPGs, taking that mantle from BioWare’s previous hit Star Wars: Knights of the Old Republic. Mass Effect was first and foremost an RPG. It was a sci-fi adventure where you could build your own character (to an extent), explore the galaxy, and save every sentient being from the threat of a super-intelligent alien robot named Sovereign. It had elements of cover-based third-person shooters, most notably borrowed from the recent success of Gears of War. However, it was much more about the exploration, character stats, and story-based dialogue choices than it was anything else.

From there, Mass Effect 2 came out and started to lean away from its RPG roots. Mass Effect 2 had a good balance between the remaining RPG elements and its expanded third-person shooter elements, making for the most critically well-received game in the series. I still prefer the original to Mass Effect 2 since I’m an RPG nut and a huge Knights of the Old Republic fan, two gaming itches that the original game scratched perfectly.

However, things started to change drastically when Mass Effect 3 came out. The gameplay was mostly focused on third-person shooting and, while excellent, it sacrificed many elements of Mass Effect that fans grew to know and love. The RPG elements still existed but the dialogue seemed less important and more an illusion of choice than the previous two installments. There was far less emphasis on exploration, in fact it was discouraged entirely due to the Reaper invasion in the story. There was a last-minute addition of a multiplayer mode that had some pretty cool influences over the main story but was largely unnecessary. To top it all off, it had an ending that threw all the RPG choice-based storytelling the player had made to this point to the wind in favor of an incredibly rushed and dissatisfying conclusion. BioWare made efforts to edit the ending and add more detail for fans who were disappointed by this, but the damage had already been done at this point.

After Mass Effect 3, there was a four year wait until Mass Effect: Andromeda came out. For starters, this is partially what killed the series since the damage done by the ending to Mass Effect 3 was the last interaction with the Mass Effect series many gamers had for four years. From there, Andromeda was announced and everyone was really excited for something to wash away the bad aftertaste of 3’s ending. However, things didn’t go as fans had expected. The story ended up being incredibly minimalistic compared to previous games which was disappointing after four years of waiting. There were barely any RPG elements left with the dialogue being as unimportant if not less important that Mass Effect 3. There was a huge focus on third-person shooting and, while fun, it lacked the substance that each previous game had with regards to why you’re fighting in the first place.

All this, and I didn’t even mention the horribly rendered facial animations that turned Andromeda into a meme that the internet started to hate on ferociously. That being said, this last statement about Andromeda being a meme is what fully killed the franchise. Andromeda did far more poorly than most anticipated, mostly due to insane levels of negative internet feedback. Regardless of why it did so poorly, it’s clear that Mass Effect is no longer the juggernaut in the gaming industry that it used to be. This is something that is incredibly sad for me, a huge fan of the series despite its flaws, to say. Considering Mass Effect is on hold indefinitely, there is very little chance of a sequel to right the series’ wrongs, at least any time soon.