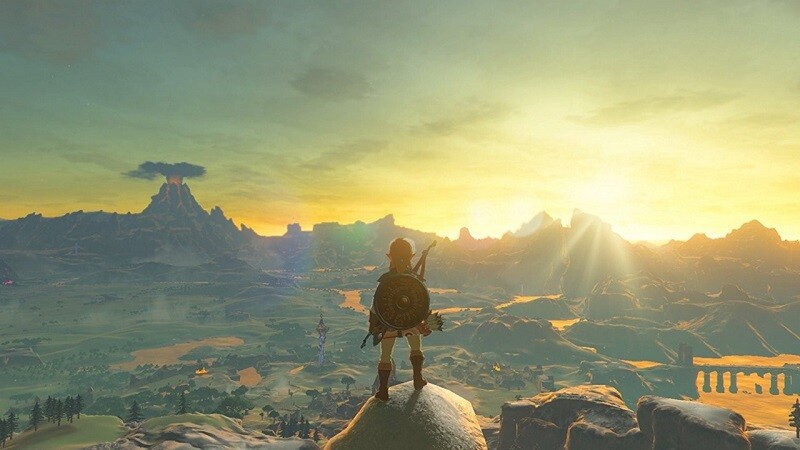 Now that 2019 is officially over and most critics have voiced their opinions on what the best games of the year were, it’s time to move our attention over to a much bigger question: what were the best games of the decade? Narrowing a list down to just 10 games that have released over the span of 10 years is a massive undertaking, but in this article we’re going to show you the 10 best games according to the critics’ Metacritic average.

Keep in mind that there are many ties on this list, so in order to break the tie we used the average user score to pick a winner. Without further ado, here are the top 10 best games of the decade (2010 – 2019) according to critics.

While Red Dead Revolver has its fair share of fans, it wasn’t until 2010’s Red Dead Redemption that the Red Dead series became a critically-acclaimed hit. While the first game was a linear experience with limited locations, Redemption offered a sprawling open-world for gamers to explore and get immersed in. The western setting and story mixed with excellent gunplay ensured that the game would become a success, and eventually paved the way for the sequel that appears later on this list.

While the zombie apocalypse genre is one that is definitely over saturated, The Last of Us did things differently when it launched in 2013. Naughty Dog took things in a unique direction by taking a much more story-driven approach, creating characters that were well-developed and put them through harrowing scenarios. The relationship between Ellie and Joel is one of the most memorable ones of any game, and the things they have to do to survive in their world are horrifying. It remains to be seen if the long-awaited sequel can match its predecessor when it finally launches later this year, but the first game will remain a classic, regardless.

The Elder Scrolls series has been chugging along for over 25 years now, and each game has offered an increasingly massive world to offer packed to the brim with characters and quests to take part in. However, it was 2011’s Skyrim that hit it out of the park, offering that same level of depth while also being much more accessible. In fact, there is so much content that many still regularly play the game to this day, and likely will for the foreseeable future thanks to the prolific modding community. The Elder Scrolls 6 is still a ways off, but Skyrim still has people enamored all these years later.

Rocksteady’s take on the Batman IP can only be considered a massive success, being far better than any other attempt that the many other gaming companies that took it on in the past. 2009’s Arkham Asylum got things off to an excellent start, but 2011’s Arkham City offered a bigger and better experience that was hard to put down. Batman finds himself incarcerated in Arkham City, which is a super-prison enclosing the decaying urban slums of Gotham City. Batman faces off with numerous villains in the game, with the main one (of course) being the Joker. It’s an action adventure that shouldn’t be missed, and is essential for even the most casual of Batman fans.

Developer BioWare has a knack for creating immersive RPGs, with the likes of Baldur’s Gate and Star Wars: Knights of the Old Republic being beloved adventures. However, when it comes to current series, their most cherished is easily Mass Effect. While the first game that released in 2007 was a solid first installment, many agree that the 2010 sequel blows it out of the water and is one of the finest action RPG experiences that you can find. More emphasis was put on action in the combat, and both main and optional missions carried an intensity unmatched by most games. The third game’s ending left things off on a controversial note (and Andromeda was an absolute mess), but the second game is pretty much flawless.

Red Dead Redemption is back for more on this list, and this time it’s the sequel that released in 2018. While it certainly took Rockstar Studios a long enough time to release the follow-up, fans were rewarded with an absolutely massive world overflowing with things to do and explore. It’s so easy to spend dozens of hours just mindlessly traversing the game’s gorgeous world, without even giving a single thought to the campaign. Luckily, the campaign is similarly engrossing, filled with lots of well-written characters and exciting scenarios. This is another western masterpiece that any fan of the genre would be a fool to skip.

The Grand Theft Auto series is one that needs no introduction, as it has found its way into headlines regularly ever since the third installment in 2001. The lone release that the series got this decade was Grand Theft Auto V in 2013, but luckily for fans it ended up being what many consider to be the best in the series. This time players take control of three criminals as they attempt to commit heists without getting arrested (or killed). The game’s huge world offers plenty to do, though it is GTA Online that keeps many players still playing the game today.

While The Legend of Zelda series is known for offering unique experiences no matter which one you play, there is definitely a formula that most of them follow that gives the player an idea of what to expect going into it. However, with 2017’s Breath of the Wild Nintendo threw that formula out the window and took things in a very different direction. Instead of offering a medium-sized world containing a handful of complex dungeons, Nintendo instead created a massive world packed with over 100 mini-dungeons (called Shrines). This resulted in the game’s open-world being incredibly fun to explore, as it always felt like your efforts were rewarded. While the story and regular dungeons took a bit of a back seat, the core gameplay found here was so enthralling that many overlooked the shortcomings entirely.

Releasing the same year as The Legend of Zelda: Breath of the Wild, Super Mario Odyssey similarly took things in a new direction for its respective series. This time Mario can throw his hat (named Cappy) to “capture” certain enemies and objects to take possession of them and use unique abilities. These include the likes of flying across gaps as Bullet Bill or blowing up enemies as a tank called a Sherm. This was all wrapped up in an open-ended world that was a blast to explore, making it one of the best installments of the entire series.

When Super Mario Galaxy launched for the Wii in 2007, it was a very exciting moment for the Mario series. The fact that Mario was headed for space seemed like a crazy idea, but Nintendo pulled it off with flying colors. However, it was with the 2010 sequel that they really nailed the formula, offering even better levels and clever puzzles to overcome. It was even more creative than the original game, and offered technical improvements that made it an overall more enjoyable experience. It’s an amazing experience from start to finish, and is the game critics says is the best of the entire decade.