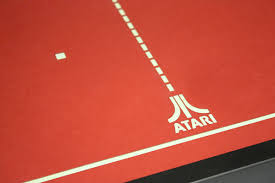 Over the past week, the internet has been scratching its head in unison over Atari’s baffling announcement that they’re planning on releasing a new console. Yes, you read that right, Atari’s planning on releasing a new console! You know, Atari, the company that went through so many ups and downs over the decades it’s hard to know where they stand in the gaming market or even who owns them right now. (Try reading Atari’s Wikipedia page, it’s quite the wild ride.) The news of Atari’s new console has been received with scepticism and it’s generally believed by most that they’re going to fail. This is completely understandable, as the console market is stuffed to the brim with competitors, including the huge giants that are Sony, Nintendo and Microsoft. But just for a second, let’s entertain the notion that, just maybe, Atari could pull it off.

Now, Atari does deserve some respect when it comes to the role they played in putting video games and in particular consoles, on the map. They’re responsible for Pong, which quickly became a staple of fun in many living rooms throughout the world in the 1970s. They went on to make a number of successful consoles all the way up to the video games crash of 1983, where they forever struggled to recover, and ten years later, after their console the Jaguar failed to sell, gave up on consoles entirely.

There’s an entire generation out there that have very fond memories of Atari. Although very little is known so far about this new console, there is a possibility that Atari could be planning their own Nes Classic type console, compiling all their old school games together in one place. This could play in their favour. Many consoles such as Sega’s Genesis and Nintendo’s Nes (with rumours of a Snes Classic in the books) have been successful in serving up a fresh piece of nostalgia pie to the now fully grown adults of that gaming era. Doesn’t the Atari generation deserve a slice of that pie too? It’s in no way a surefire success, but it’s certainly worth bearing in mind.

The now infamous E.T game, whose unsold copies ended up in a land fill in the middle of a desert in New Mexico, was on Atari. People could be curious as to what that game was really like? Atari  could make this a unique selling point, “Come and play one of the worst games in history, no need for a shovel and sun hat, you can find it here, only on the new Atari!” (I actually played the E.T game as a child and  it was truly awful. It really does serve as an early example of how terrible it can be to adapt films into video games in order to make a quick buck. Some things never change, I guess.)

Now, as humorously appealing the idea of an Atari Classic console is, the little snippet of news Atari has given on their new console seems to point in a different direction entirely. They  announced that this Ataribox (I think that’s the official name for now) has been years in the making and that it will be based on PC technology. This seems to indicate that Atari is dead serious on competing with the other major consoles. It’s almost worth wondering if Atari has stumbled upon something truly innovative. After all, as stated above, Atari innovated with Pong. Have they found a clever way to merge PC and console gaming into one, hence making the need for unnecessary console updates every couple of years redundant? Okay, I must admit, it’s unlikely. But just the fact that Atari is willing to take a chance in the console industry again does make you wonder. After all, taking a chance has worked out in the past for other companies. Back in 1994, when Sony announced they would be taking a stab at the console industry with a new CD based console, the Playstation, people scoffed. At the time Nintendo was king and Sega, although struggling a little, was still successful. No one thought there was any more room for an additional console brand and look how that turned out. The gaming landscape was forever changed.

Of course, this is all speculation and it’s much too early to tell what Atari is really planning and what the outcome will be. Will they completely reinvent consoles? Will they find their own little niche in the gaming industry? Or will they simply fail miserably? I think a part of me would really like to see them succeed. It’s about time an underdog shook things up a little and I for one look forward to seeing what Atari’s next step is going to be.