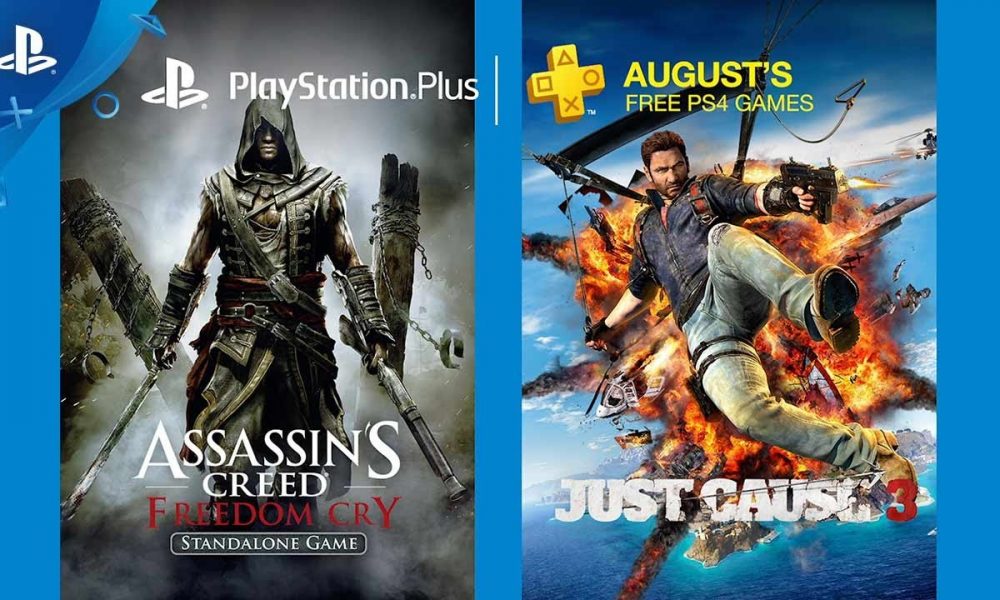 A new month means new free games from PlayStation Plus. While July brought us tales of hormones, horror and medieval adventures, August delivers explosions and emancipation with Just Cause 3 and Assassin’s Creed: Freedom Cry respectively. The games tell stories of revolution and liberation through excessive violence and a plethora of explosions. Seems like a theme more fitting for July. All that’s missing is the hotdogs and cheap beer.

And while a cold brew and grilled meat are enjoyable, there’s something even more satisfying about blowing up tanks, crashing helicopters, and shooting grappling hooks into enemies’ faces. Just Cause 3 has all of these things, and so much more. And PlayStation has graciously given all of that to us, for free. Just Cause 3 is the latest (and greatest) chapter in an game series filled with exorbitant mayhem. The open world format let’s the player choose their own adventure, sort of.

Every mission requires making things explode, it’s just a matter of how. With tools like RPGs, armored cars, and military grade helicopters, the player chooses how stuff gets blown up. It’s a Michael Bay film packed into a Square Enix game. Provided that Michael Bay’s films had any kind of interesting story line between the explosions. Which, they don’t.

Since Black Flag introduced seafaring, ship to ship combat, and sea shanties, it’s unsurprising that Freedom Cry has all of these things and so much more. In particular, additional missions to free slaves from their captors and recruit them to the ranks of the Maroons (a group of liberated slaves fighting for freedom). Despite Adewale’s ties to the Brotherhood of Assassins, he understands their struggle and joins them. It’s a give and take relationship. Adewale aids the Maroons, and they act as his pirate crew on the stolen Experto Crede.

It’s rather gratifying putting a dagger through 3d rendered slave traders’ heads and destroying their brigs and frigates. It’s video game justice for ages 17 and up. Freedom Cry doesn’t limit you to travelling from city to city, assassinating evildoers. You get to travel the Caribbean to search for treasure, harpoon sharks, and search underwater shipwrecks. It’s hours of addictive assassination and pirating.

So, if you’re one of the many owners of a PlayStation Plus account, download both of these games, now. Open a bag of cool ranch Doritos, crack open a cold Mountain Dew, and prepare to be stuck on the couch for a few hours (at the very least). But, until the next time, see you space cowboys!