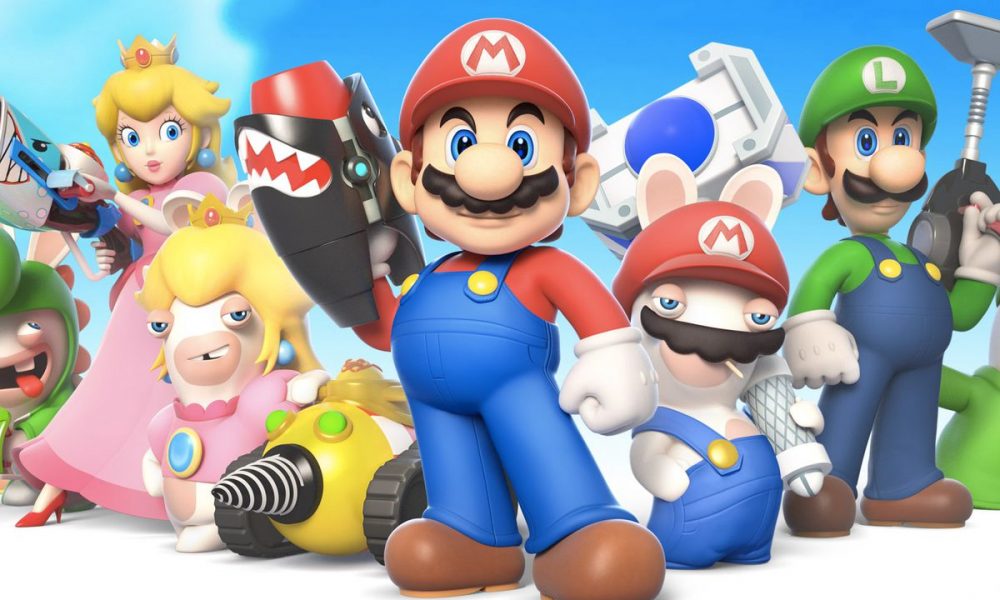 At first glance, Mario + Rabbids Kingdom Battle aesthetically seems to be a hodgepodge of madness, but some reviews, such as the one by ACG, point out there is a method to the madness. Moreover, Kingdom Battle‘s reliance on guns sounds as if it could never work in a Mario game, but Kotaku‘s review reassures gamers these aren’t the plasma rifles and railguns of XCOM but instead far more kid-friendly weapons that have more in common with Mega Man’s Mega Buster than an assault rifle. Kingdom Battle features plenty of creative-looking weapons that look at home in the Mushroom Kingdom, and while the best way to earn these weapons to buy them with coins, according to Destructoid, coins are earned way too slowly and gate off more content than they should.

Gamers who have watched the gameplay videos of Mario + Rabbids Kingdom Battle know how much the game borrows liberally from XCOM, but Eurogamer openly states that Kingdom Battle includes enough twists on the base combat system to set the game apart from XCOM. These changes include puzzle-like boss battles and, according to IGN, environmental hazards such as fireballs and Chain Chomps. Moreover, Polygon explains that since Mario + Rabbids Kingdom Battle is, well, a kid-friendly Mario game, it’s an excellent way to introduce gamers to squad-based tactics games.

The following the scores given by the reviews mentioned in the article:

ACG: Buy (This channel does not give numerical scores)
“I get it that some people aren’t a fan of this genre, won’t magically make you so, but the fact is what it is it slightly changes the form and function of the particular expectations we have for this genre and the titles therein. Additionally, its IPs you wouldn’t expect, and they nail it.”

Kotaku: No score given
“Mario himself might not have been my favorite part of the game, but the reverence with which the game’s creators hold Mario and friends was evident in every inch of this adventure. And it helped make the game come together well. Almost everything in the game is a reference to something in the wider Mario universe, from the music to the weapons to the enemies. Somehow, none of it feels forced.”

Destructoid: 7.5 (Good)
“Mario + Rabbids Kingdom Battle‘s guts are impressive, but its main event feels like a [good] expansion for a fleshed-out strategy RPG that has more to offer than a great combat system. By the time it opens up halfway in and you really start to delve into the skill tree, it begs to be played. But until then both exploration and some battles feel like going through the motions in a ‘kinda sorta’ tutorial way.”

Eurogamer: No score given
“On first sight of that leaked artwork, with Mario frowning and pointing his shark-nosed blaster into the camera, many wondered why Nintendo would ever have said yes to the pitch for Mario + Rabbids Kingdom Battle. It seems like such a risk. Even setting the guns and the wobbly tone aside, the Rabbids are not Sonic, and XCOM is not the Olympics. The game’s director Davide Soliani says that Rabbid Peach just made Mario creator Shigeru Miyamoto laugh, and it’s true that character embodies a winningly silly sense of fun that permeates the game and is hard to resist. But Miyamoto will also have seen a game put together with great imagination, wit and prudence that makes its chosen genre easier to get along with while also refreshing it; that is at once simple and sophisticated; that fits clean and clever concepts together until they add up to a great deal more than the sum of their parts. And that man knows a beautifully designed video game when he sees one.”

IGN: 7.7 (Good)
“Based on its colorful world, beautiful animation, and source material you might expect Marion + Rabbids: Kingdom Battle to be ‘My first turn-based tactics game.’ But you’re in for a surprise: even for XCOM vets some of its battles are challenging puzzles. Some of its tougher levels do devolve into a trial-and-error slog, but a good mix of enemies, objectives, and character abilities keep things interesting.”

Polygon: 8
“Mario + Rabbids manages to walk a narrow road, offering up a legitimately challenging squad tactics experience without alienating the family-friendly Mario audience. While it doesn’t have the full layer of spit and polish as an in-house title, Ubisoft’s game comes damn close to capturing that Nintendo magic.

Save on an Obscure Survival Horror Game with Steam’s ObsCure Sale
Can Overwatch Competitive be Saved by Season 6?