Fan is Working on A Point-And-Click Game based on … Seinfeld? 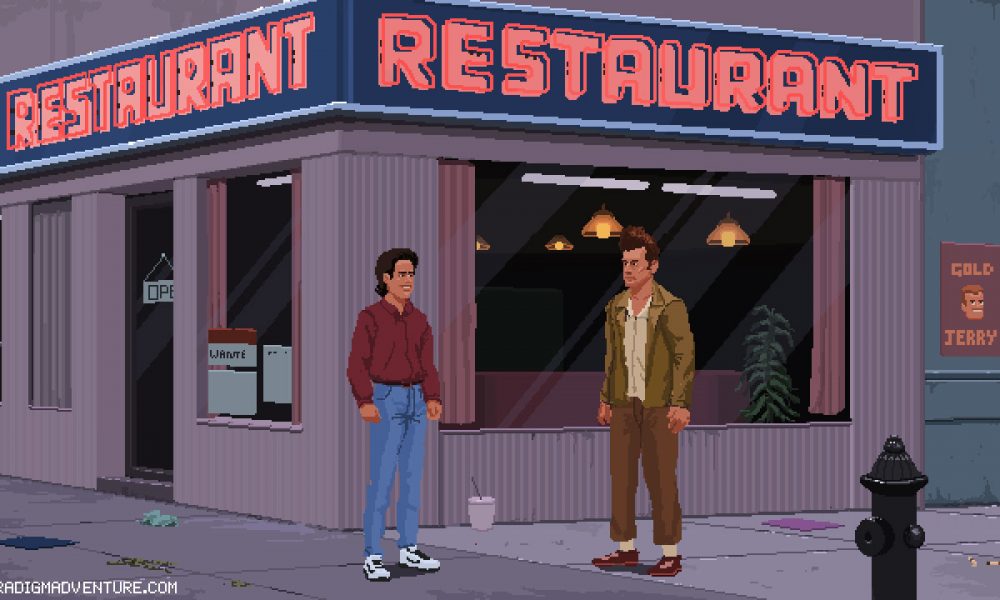 Fan is Working on A Point-And-Click Game based on … Seinfeld?

So, there’s something weird in the works at the current time on the hands of fans. A point and click adventure based on the Comedy Sitcom Seinfeld. I mean, this could be a cool homage to one of the most important sitcoms in history but… A Point and Click?

The project itself is impressive when you look at what’s been done. The fact that this non-official game presents graphics that are on par with LucasArts games is an admirable effort. This looks on par with games like Escape from Monkey Island, so visually, it’s admirable.

One of the developers is Jacob Janerka, a fan of the sitcom that is also known for his work on the post-apocalyptic simulator Paradigm. He’s the main man responsible for the creation of the point-and-click game of the comedy program created by Larry David and Jerry Seinfeld.

As you can imagine, key characters like Jerry Seinfeld, George Constanza, Elaine Benes, Cosmo Craner and Newman will be appearing in the game. Of course, this also applies to the locales we’ll be seeing like Jerry’s apartment and the restaurant where the group likes to gather around for chats.

Now, if you think that this is going to be something that’s going to be released any time soon, you’ve got another thing coming. Janerka has made clear that – much like LIMBO 64 – this project is being done in his spare time.

Not only that, but the creator of the game is actually stuck in one key aspect to make the game a reality, a plot. Yes, the creator has been spending some of the development time thinking of a plot for a game based on Seinfeld.

Been getting a lot of questions about the Seinfeld Project recently. A: I'm waiting till I have a good idea for a premise for a short demo. Anyway here is a slightly updated compilation. pic.twitter.com/fyiUUZPWgw

I mean, I know that it’s going to sound a bit cliché for some. But I know of Seinfeld mostly because of memes and I didn’t think there would be a fan, let alone one dedicated enough to do something like this. Could this game have a hilarious sitcom or adventure premise? Who knows.