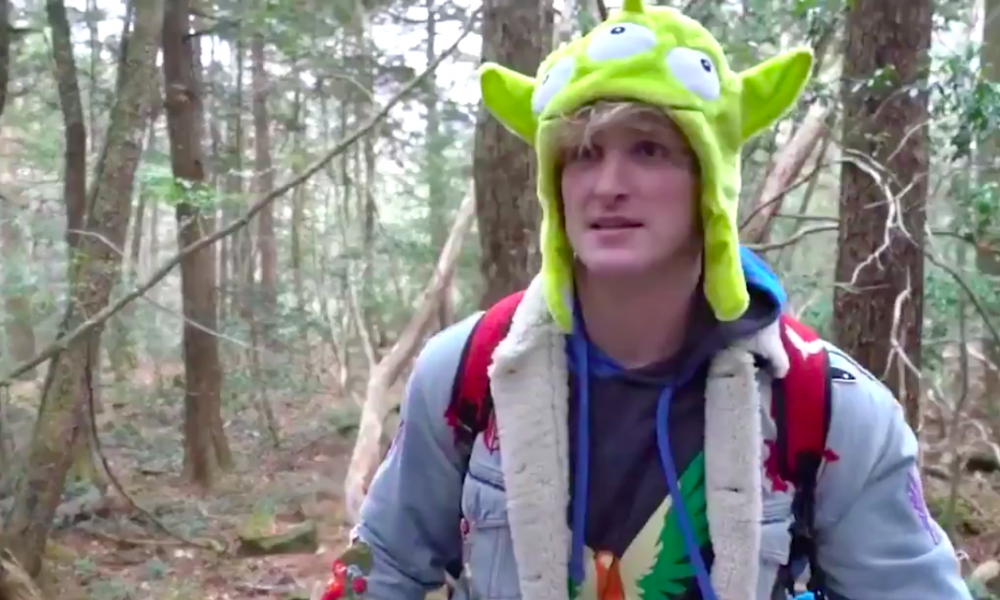 The famous YouTube vlogger Logan Paul (I honestly never heard of him before now) recently made headlines for posting a video where he reacts to finding a dead body in the Aokigahara forest, a forest at the base of Mount Fuji that has earned the nickname “the suicide forest.” Paul’s actions may have tarnished Japanese/American relations.

For a bit of context, Logan Paul visited (and as far as I can tell, is still visiting) Japan shortly before the end of 2017 and created a series of vlogs doing whatever the heck he wants. Play fighting with a friend in the middle of a busy street? Yep. Dressing up in a kimono and bamboo hat while dancing and acting like a racist caricature? Yep again. Hitching rides (without permission) on trucks and making a fool of himself at Shinto shrines? Yep. Basically, Paul does everything in his power to come across as a clown and, for lack of a better term, a jerk. But, then he decided to record his jaunt into Aokigahara forest, at which point he found a dead body and recorded his reactions. There’s being culturally tone deaf, and then there’s being cruel and insensitive. Paul’s video is both.

While Paul’s original video has been taken down, JhbTeam was kind enough to post a recap of the video, which is full of Paul smiling and treating the whole situation as a joke.

Logan Paul and his friends laughing and smiling after discovering a dead body pic.twitter.com/azY7EAiuC4

Paul’s reactions are reminiscent of PewDiePie, except instead of intentionally overreacting to a video game where everything is fake and nobody can get hurt, Paul laughs at a real hanging corpse. As you might imagine, the Internet’s reaction was swift and unsympathetic. Many called him out on his insensitive behavior, including famed YouTuber Michael Sundman, aka. Gaijin Goombah.

For those of you who don’t know, Michael Sundman has spent the past several years as a member of the YouTube channel The Game Theorists alongside channel founder Matthew Patrick/MatPat. Sundman specializes in breaking down allusions and references to various cultures in video games, especially Japanese culture, not because he is a “weeaboo,” but because he spent several years as an English teacher in Japan. During his time there, Sundman learned about and gained a lot of respect for Japanese culture, especially cultural norms, one of which is privacy. The Japanese take privacy far more seriously than even American citizens. In his video, Sundman mentions anecdotal experiences where he wasn’t allowed to record himself playing Japanese arcade games due to Japanese privacy laws and how a friend who took a picture of the famous Shibuya Crossing that just so happened to include a man cheating on his wife was sued. And lost. If a photograph that is innocuous to Americans elicits the desire to pursue legal action, it doesn’t take much to imagine how poorly the Japanese public will react to a video of people essentially laughing at someone who committed suicide.

While Logan Paul has released an apology for his actions, the damage has already been done. Apparently he was treading on thin ice before the Aokigahara forest video, but his actions in the forest are beyond disrespectful in any culture. The six-million plus views only make the situation worse, as they will no doubt color how the Japanese view Americans. Sundman postfaces his video with a statement that Logan stands a good chance of being banned from Japan, which seems like a very likely possibility.