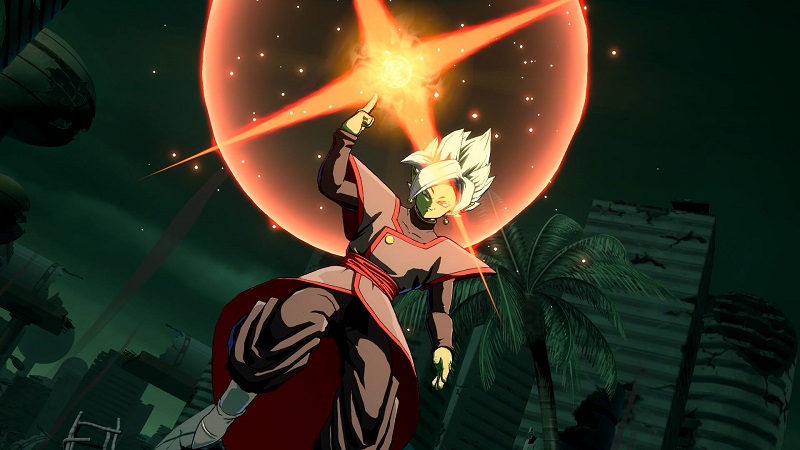 Bandai Namco and Arc System Works are set to be adding a new character to the roster of Dragon Ball Fighter Z, which has been revealed as Fused Zamasu. Now they have shared the first screenshots of the character, providing both character portraits and in-game battle shots. You can check out the screenshots over on the Bandai Namco Facebook page.

The character was just announced last week, with Fused Zamasu being revealed in the last issue of V-Jump (via Gematsu). He is a fusion of Supreme Kai apprentice Zamasu and Goku Black, and is considered the strongest god with the greatest strength and an immortal body. Some of his special moves allow him to fly, with others allowing him to fire a huge energy ball or rain down lightning across a wide area.

A release date for the character’s addition to the roster still has not yet been provided, with Bandai Namco once again saying that Fused Zamasu will be coming to the game soon.

Dragon Ball FighterZ is available now on PlayStation 4, Xbox One and PC. The game launched in January of this year, and received very positive reviews across the board. The game’s animations got lots of praise for perfectly emulating the look of the anime, while the gameplay and story mode were also praised.