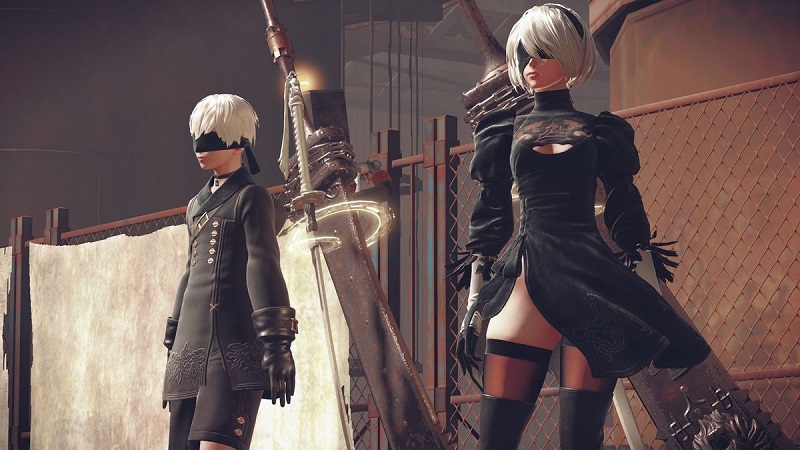 NieR: Automata is easily one of the most unique games to come out in recent memory, becoming one of the best games on PS4 and PC when it released in 2017. While it’s definitely not the type of game that you would expect to see make the jump to Xbox One, this latest rumor is suggesting just that.

This rumor comes from French gamins site Jeuxvideo, which simply claims that a port of the game for Xbox One is in the works. There’s no word on when the game might actually release, but it stands to reason that it would be in the near future. The writer of the article announcing the port also took to Twitter to assure readers that the source is solid, but we’ll have to wait and see at this point.

What makes this rumor more plausible than it typically would is the fact that Microsoft seems to be trying to improve the Japanese gaming presence on Xbox One. Xbox boss Phil Spencer recently responded to a fan about JRPGs having a presence at Microsoft’s E3 2018 press conference, and he basically confirmed that that would happen if all of the current plans stay the course. Japanese games have notoriously not sold well on Xbox consoles, which has resulted in them very rarely making an appearance on them.

NieR: Automata is available on PlayStation 4 and PC. It is a sequel to the 2010 game called NieR, though it is an entirely different experience. The game was praised for its fantastic story, engaging and layered storyline that takes multiple playthroughs to fully experience, and moving soundtrack.

God Of War Sold Over 3 Million Units In 3 Days, Now Fastest-Selling PS4 Exclusive
3DS Support From Nintendo Will Continue Until Switch Is A “One-Per-Person System”