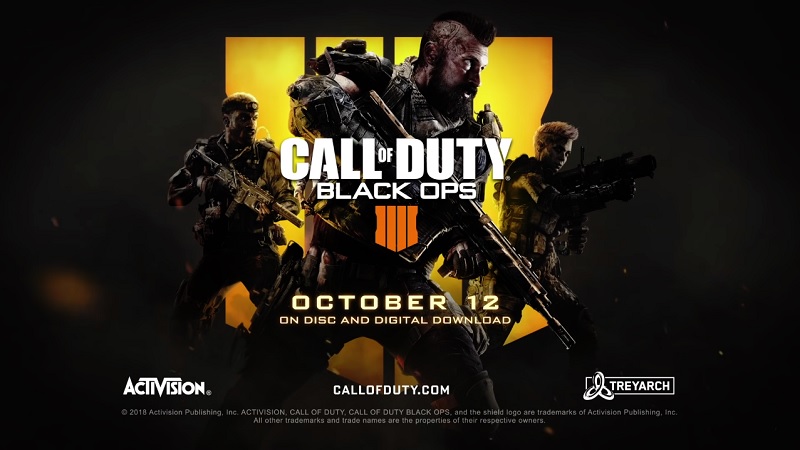 The release of the highly-anticipated Call of Duty: Black Ops 4 is right around the corner, with the game set for launch in October. Now publisher Activision and developer Treyarch have released a gameplay launch trailer for the game, which you can check out at the bottom of this post.

As is to be expected from a gameplay launch trailer, it features footage from all three of the game’s modes: Multiplayer, Zombies and Blackout. Fans know what they’re getting into with the first two modes, but it’s the all-knew Blackout mode that will be shaking things up for the series this year. It is the first time that the series has ever featured a Battle Royale mode, which puts it in direct competition with the likes of Fortnite and PUBG.

While there was some concern regarding whether or not the series would be able to pull the mode off in a satisfying way, buzz from the beta was very positive. Many have described the new mode as a cross between Fortnite and PUBG, saying that it will give both games a serious run for their money. Considering the Call of Duty series’ massive fanbase, it’s easy to predict that it will draw in huge player counts.

Call of Duty: Black Ops 4 will launch for PlayStation 4, Xbox One and PC on October 12. Be sure to check out the gameplay launch trailer below.