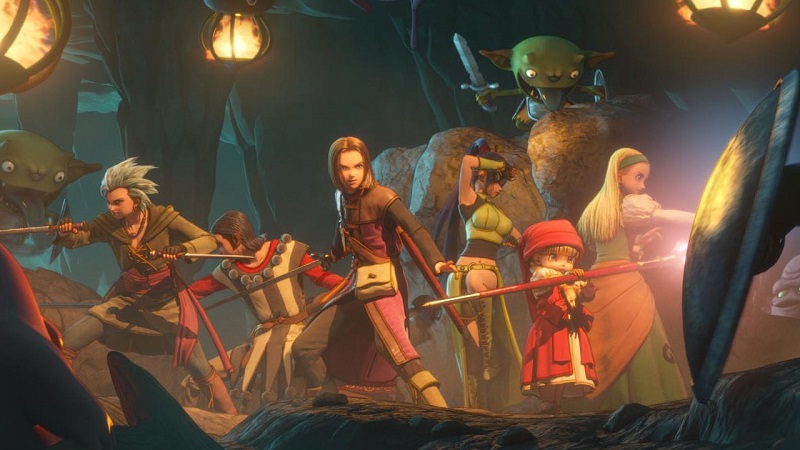 However, it has now been revealed that the Switch version of the JRPG will contain a slightly different title compared to its PS4 and PC counterparts. Square Enix announced during its Dragon Quest Paradise News Station event at Tokyo Game Show 2018 that the game will be called Dragon Quest XI S. There are several things that the S stands for, which includes the obvious “Switch,” as well as “Shaberu” (Speaking) and “Seiyuu” (Voice Actor).

Those who were hoping for an announcement of a release date for the Switch port are out of luck, as series creator Yuji Horii said that it will still take some time before the Switch version is ready for release.

Dragon Quest XI: Echoes of an Elusive age is available now for PlayStation 4 and PC. The western version of the game includes features that aren’t present in the Japanese release, such as voice acting and dashing. Horii is teasing that it may be possible to play the game without voice acting at some point, as the games traditionally don’t feature any voice acting at all.