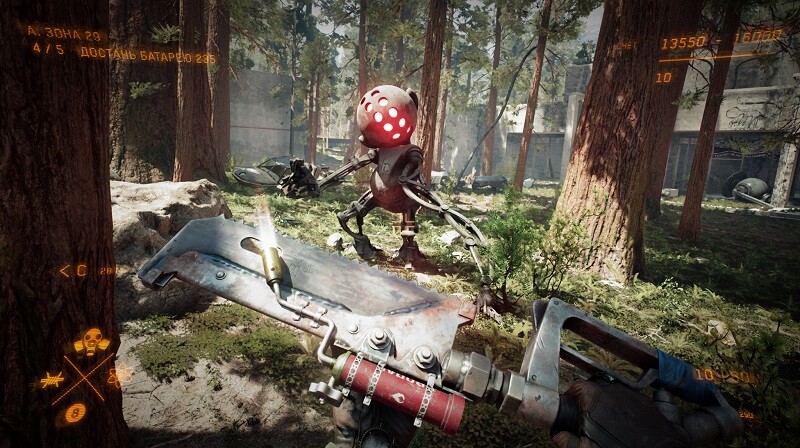 The first-person shooter set in the Soviet Union, Atomic heart, was announced back in May, and now we have some details on when we’ll be able to get our hands on it. Developer Mundfish announced that the game’s beta will kick off in the fourth quarter of 2019, with more information coming in Q2 2019.

The following is an overview of the game:

“Atomic Heart is an action RPG with FPS elements set in the alternate version of the USSR. Technological revolution powered by Communism has already happened: robots, the Internet, holograms, and other futuristic stuff make everyday life of the Soviet citizens better and brighter. These great technological advances are made at special facilities placed all over the country.

Recently one of such temples of science, The Facility 3826, went dark. As a KGB Officer you are going in to find out what happened there and to restore order no matter the cost…

The world of Atomic Heart consists of several regions with different biomes. On the surface and under the ground, you will meet exotic mechanical creatures designed to serve the needs of people, which for some reason turned into combat-ready killing machines.”

Atomic Heart is in development for PlayStation 4, Xbox One and PC. Pre-orders for the PC version are live, with there being 3 different versions you can choose from. More information can be found on the official website.

Bethesda Describes Fallout 76 As “Solo But Together”
Red Dead Redemption 2: How To Get Every Trophy