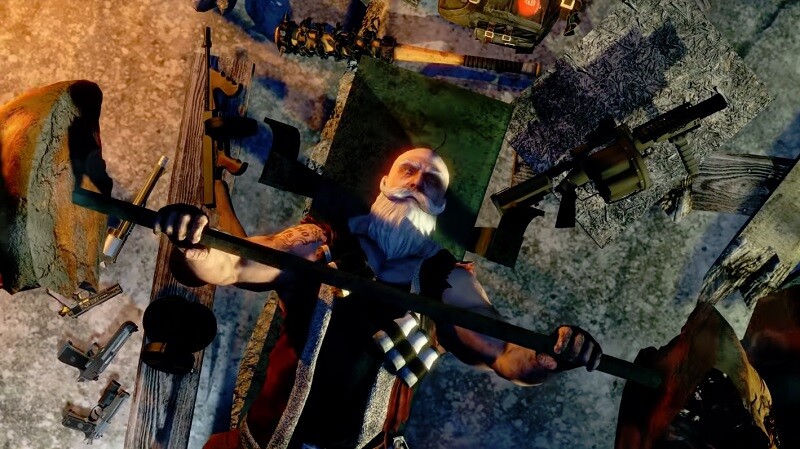 Killing Floor 2 released a couple of years back now, but it has managed to remain one of the finest multiplayer horde shooters on the market. Developer Tripwire Interactive has done a good job of bringing the updates to keep fans engaged, and now they have released a new one to get everyone in the spirit of the season.

The developer has officially released the Twisted Christmas: Season’s Beatings update, which they announced was on the way last month. This update is available now on all supported platforms, and is one of the biggest updates that have ever been released for the game. New maps, weapons and the new Badass Santa purchasable character voiced by Gary Busey are all included.

As you can probably figure out for yourself, the content is completely ridiculous in just the right way. Badass Santa is a powerlifter who benches barbells that use the decapitated heads of his enemies as weights. He is joined by the new Santa’s Workshop and Shopping Spree maps, along with the Thompson, Krampus Battle Axe, M32 Grenage Launcher and Fire Axe.

Killing Floor 2 is available for PlayStation 4, Xbox One and PC. You can check out the launch trailer for the Twisted Christmas: Season’s Beatings event below.