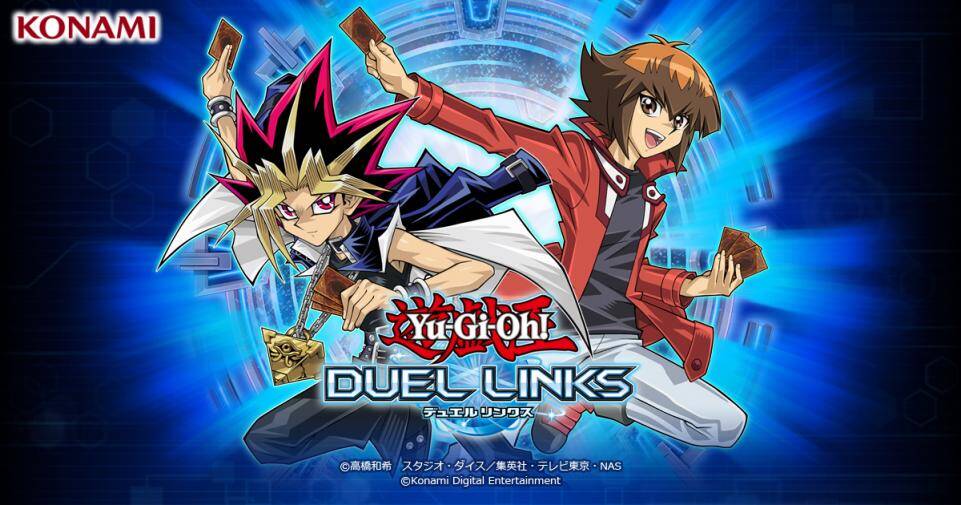 I recently got the chance to interview Yu-Gi-Oh! Duel Links Producer, Kenichi Kataoka. You may not know his name, but you’ve definitely seen his work. He’s worked on the game practically since its inception. In our interview, Kenichi took us through Duel Links’ inner workings while dropping small tidbits of what we can expect to see in future updates.

Just Lunning: What makes a card a good fit for the Duel Links card selection?

Kenichi Kataoka: We add cards to the game in a way that promotes Deck diversity. Therefore, we try to add cards that are not too overpowered for the Duel Links metagame.

JL: You have somewhat recently added the card Ojamandala, a card which does not exist in the OCG/TCG but comes straight from the anime. What made you decide to branch out the card pool from the original format? And is this something we can expect more of in the future?

K: As stated above, our interest is to promote Deck diversity. “Ojamandala” was added to the game as we believed it could create new, unique strategies. We are considering adding more non-TCG cards in the future.

JL: How did you get into Yu-Gi-Oh?

K: I first got into the series during the manga’s original run in Shonen Jump.

JL: As you know, the TCG is releasing products for in-paper Speed Dueling. Has Duel Links been a part of that discussion?

K: We aren’t directly involved, but we do keep in touch with the people working on it.

JL: What was the most well-received in-app event?

K: It’s different depending on the demographic. For casual players, the Pegasus event. For hardcore players, the KC Cup.

JL: Recent TCG sets have included small card support engines for old decks (Amazon, for example) which were lackluster in paper but extremely strong in Duel Links. Are there cards in the TCG specifically designed to be eventually included in Duel Links?

K: So far, no cards have been designed specifically for Duel Links. However, our level designers often strive to make archetypes that saw little use in the TCG popular in Duel Links.

JL: How does the testing process for cards differ between the card game and Duel Links?

K: It differs little from the TCG side. However, we do have to take Skills into consideration when testing, as it is a unique feature to Duel Links that affects the gameplay greatly.

JL: How important is community feedback when implementing new features/events into Duel Links?

K: We value community feedback very much. We keep an eye on major online communities, as well as our survey results, which (if not in Japanese) we translate into Japanese and share amongst the dev team. It would be safe to say that all our new events and features reflect user feedback to a certain degree.

JL: Has the massive success of Duel Links been a surprise to the team? It looks to easily be the most popular Yu-Gi-Oh! video game of all time.

K: We knew the game would be popular, as we were confident in its quality. What surprised us was the quantity of people it attracted. Duel Links was created with all Yu-Gi-Oh! fans (OCG/TCG, anime, and manga) in mind, but we greatly underestimated how huge that audience is. We simply did not realize how many people around the world love Yu-Gi-Oh!

JL: Duel Links’ Steam release was fairly well received. Is there a chance we could see it ported to other consoles like the Nintendo Switch?

K: We have considered this in the past, but currently have no plans to do so. The main reason being that Duel Links is a game that is constantly updated, and the slower pace of consoles would not be a good fit.

JL: How did the plot for Duel Links come together? Has Noah’s Virtual World from the Yu-Gi-Oh! Anime played a part in the creation of the Duel Links virtual world?

K: Duel Links wasn’t really inspired by a single source, and is a whole new world in and of itself. However, we did structure the world of Duel Links in a way that it can accommodate all Yu-Gi-Oh! anime series as well as hold various events.

JL: Being an online only game, hacking can be a major problem for the community. How much work goes into protecting the game from hackers or other online threats?

JL: Are there any plans to go back and update older card boxes?

K: There are no plans as of now.

JL: How often is the meta of Duel Links looked at? Is there a temptation to try immediately shake things up if a meta becomes stale or if a particular deck becomes dominant?

K: We look at the metagame and how players are playing the game every day, and share the information amongst the dev team. The temptation to drastically alter the meta is definitely there, but we try to hold ourselves back as we don’t want older cards that players invested in to become outdated too fast.

While this wasn’t touched on during our interview, Duel Links is rumored to receive a story mode in 2019. The story is said to take place in the games’ recently added Yu-Gi-Oh! 5Ds world. Kenichi also hinted that his staff is currently brainstorming how to incorporate a draft mode into the game.