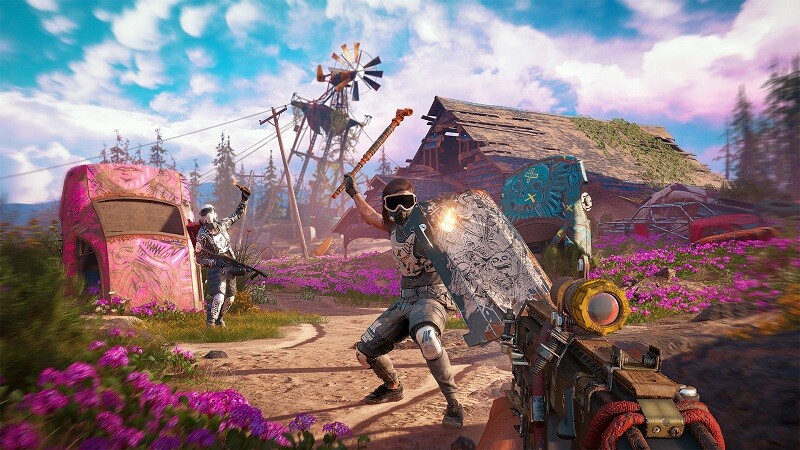 The Far Cry series is set to return next week with the release of New Dawn, with the FPS set to debut on multiple platforms. Those planning on picking the game up will want to know the download file size, and that information has been revealed for a couple of the platforms.

We currently have information on the file sizes for both the PC and Xbox One versions of the game, and, thankfully, neither is too crazy. PC players will need around 30 GB of free space on their hard drive, whereas Xbox One players will need 22.77 GB. The game is also set to release on PS4, but information on a file size for that platform hasn’t been released at this time.

For those unfamiliar with the game, Far Cry: New Dawn serves as a follow-up to last year’s Far Cry 5. After the polarizing end to that game, players pick up the action 17 years later in a post-apocalyptic Hope County, Montana. Players are tasked with trying to survive and lead the fight against new enemies the Highwaymen, who are led by “The Twins.” These ruthless leaders are aiming to take over the land’s remaining resources, which would effectively make a continued existence for the others impossible.