It has been a while since FromSoftware released the critically-acclaimed PS4-exclusive Bloodborne, with fans still clamoring for a sequel to this very day. However, despite that apparently not being on the horizon, fans have still been able to keep the good times rolling thanks to a comic series based on the popular game.

This new comic is called A Song of Crows, and Amazon has recently posted their product page for it that reveals lots of information. The following is an overview:

“Discover the twisted story of Eileen the Crow in the continuing comic series spinning out of Fromsoftware/Hidetaka Miyazaki’s critically-acclaimed Bloodborne videogame!

The City of Yarnham is buried in snow.

Eileen the Crow buries the Hunters. But one eludes her. Poisoned and overcome with beastly senses, he prowls Yarnham causing misery and havoc. Meanwhile the bodies mount, reality shakes, and strange things are amiss in Byrgenwerth. On the hunt for the Hunter, Eileen struggles with her own sanity and the disturbing change that a glimpse beyond reality brings.

Blood and death pervade Yarnham and those who travel in its wake. Follow the quest of Eileen as she looks to uncover the truth of the city, and her most inner turmoil.” 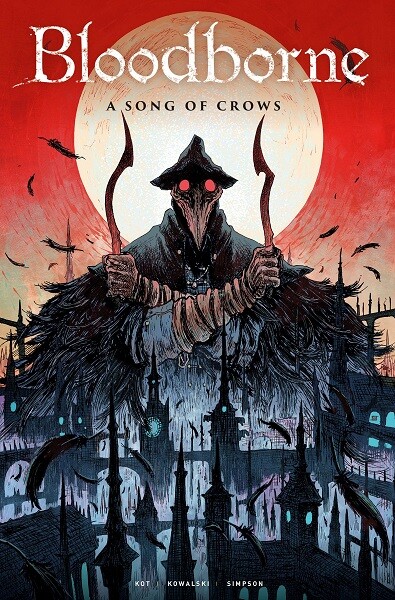